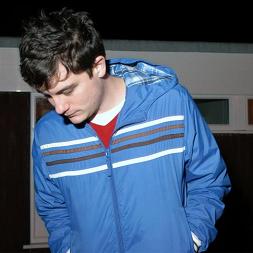 A chance to hear Holkham Drones on Shepherds Bush Green sounds rather quaint, like something of an English pastoral reverie, but when laid on as part of a whole night featuring the finest in Border Community label talent, it becomes a well nigh irresistible prospect.

The venue is well chosen, too, Ginglik nestling beneath the Green itself. On this occasion, though, it threatens to become submerged by the almost Biblical rainfall going on up above. Water drips through the makeshift ceiling in the cloakroom area, but thankfully remains clear of any electrical equipment – for this is not going to be a night of music that can be experienced acoustically.

Both setting and music complement each other, with Border Community’s reputation as a dance label unintentionally celebrating Englishness about to be wheeled out into the open. Live performances from Walls and Luke Abbott, the label’s bright new talent, are bisected by DJ sets from Nathan Fake and head honcho James Holden, providing something for everyone – and keeping an almost continuous mix of music going.

In the event the music itself proves a far more enticing proposition than the performances. Walls – themselves not Border Community artists but fitting in seamlessly with the label’s roster – present their exquisitely orchestrated self-titled album in down tempo technicolour, but with little in the way of a light show there is not much to keep the attention visually, so the crowd content themselves with soaking up the atmospherics.

Abbott is more animated, as is his music, though his performance too extends to bouts of intense knob twiddling and beat manipulation. He delivers a strong set, however, made up of material from the well received Holkham Drones, flexible in its choice of tempo and moving beautifully between light and shade.

To begin with he is helped in his task by an assortment of animal-suited dancers, perhaps a reflection of the wildlife on his doorstep near Norwich. Unfortunately the clad performers do not hang about, which is a shame as they provide a brief dash of colour and character that complements the music.

As it is, Abbott’s compositions cast their spell, whether through dusty, beat driven soundscapes or softer, more soothing tracks. His imaginative use of beats, sound and texture tie in together well, before Nathan Fake steps in for a robust set of largely instrumental techno.

What this fine musical night does is throw into sharp relief the idea of what is live’ and what isn’t. With much of the music suited for home listening, experiencing it in person is to recreate the home listening experience, but with no lasting benefit of images or advanced lightshows, both of which would have benefitted this evening enormously. We get some wonderful music for sure – but not an experience that realises its full potential.