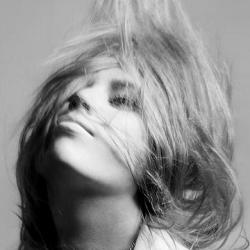 It’s been nearly three years since Sweden’s Lykke Li emerged with the brilliantly strange Little Bit single and its accompanying album, Youth Novels. Like an alluring mix of Robyn‘s pop nous with the curious otherworldliness of Bjork, Li captured the imagination of music critics, if not the general public at large. Returning to London in support of Get Some – a free download single taken from her as yet untitled forthcoming second album – it was a night tinged with frustration.

Firstly, it wasn’t an easy sell. With a clutch of new songs waiting to be premiered, it was a night stifled by a lack of familiarity. For every urgent, drum-heavy reading of Youth Novels tracks like Breaking It Up or an exhilarating Dance, Dance, Dance, there were drip-feed new ones like Love Out Of Lust. Though not doubting the quality of the song itself, it – like a lot of her slower songs – works better on record, especially given the muddy sound and strangely stagnant atmosphere of Heaven.

It doesn’t help either that Li herself is a strange performer, flitting between almost childlike innocence and overt sexiness (she’s dressed in leather hot-pants and constantly grinds her way down her mic stand). What should be alluring seems strangely detached as if she’s still figuring out which suits her best. It’s also hindered by a poorly paced set. Every time it feels like the crowd are getting into it she switches to a slower track and the momentum is lost. At one point a throbbing, bass heavy dance interlude starts and Li screams “let’s go” only for it to stop ten seconds later. Also, things aren’t helped by a woeful cover of The Fugees’ Ready Or Not that is so out of place she may as well have started singing I’m A Little Teapot.

Still, quibbles aside, once she picks up the pace things start to get interesting. The percussive, arresting Youth is a brilliant opening, Li striding onstage in near darkness before suddenly launching into the first of two choruses. Little Bit is tossed out early, its delicate, padded drum intro leading to the first big cheer of the evening, whilst another new one, I Follow Rivers, uses a similar drum pattern but adds a brilliantly distorted bass sound. New single, Get Some, is the perfect realisation of her more aggressive sound, its pounding drums mixing with those arresting lyrics (“I’m your prostitute, you gonna get some” and “wrapped around my finger like a lonely lover’s tongue” certainly raise some eyebrows).

Whilst in no way a disaster, the night suffers from a lack of familiarity – not her fault of course – and a strangely detached and weirdly paced set. Ending with an encore of Possibility (from the Twilight film) and a mid-paced and fairly wretched new song, the crowd shuffle out with a mixture of disappointment and excitement at the potential of not only these new songs but with Lykke Li herself. For the moment, we’re rooted firmly in that middle ground too.