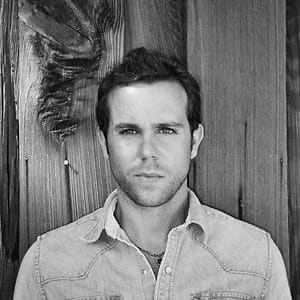 Until recently M83 seemed destined to be a band defined by musical excellence but commercial obscurity. They supported bands such as Kings Of Leon and Interpol without threatening to usurp the headline spot and have undergone several band member changes. They could have easily become lost, but then they unleashed two albums of epic and emotional songs inspired by the very best electronica and shoegaze of the ’80s, which galvanised the band and has opened the doors to previously undreamed of commercial success. And so, M83 arrive at the Brixton Academy transformed and ready to accept their crown as headliners able to put on a show that rivals the very best.

Support comes from Norwegian Susan Sundfør. Long adored in her native country, Sundfør is embarking on a long awaited invasion of the UK and, from her casually exquisite performance, we should embrace her with open arms. Wielding a mighty vocal weapon, Sundfør’s songs are understated and powerful. Synths and drum machines swirl around her pure and affecting voice and the growing crowd seem largely impressed. None of her songs shout ‘single’ and attention wanes for some portions of the audience, but she shows serious potential; White Foxes in particular demands attention.

By the time M83 take to the stage, the room’s filled to capacity. The lights fall and keyboardist and vocalist Morgan Kibby, who also plays with LA band The Romanovs takes to the stage wearing a fox mask before raising her hands and firing lasers from her fingertips into the crowd – typical of the band’s showmanship. As Anthony Gonzales and the rest of the band join her and launch into Teen Angst, the light and lasers continue to grow into a stunning show.

The difference between record and stage is remarkable. Delicately layered ambience becomes stomping electro pop and softly spoken vocals become triumphant and impassioned. On stage, introspective and proggy songs seem like stadium anthems, supplemented by 5,000 voices singing every chorus. Wisely leaning on the last two albums for most of the set, highlights come thick and fast. Reunion sounds massive and We Own The Sky is rapturously received. Graveyard Girl, a standout track from Saturdays = Youth is a glorious hymn to the struggles of being a teenager and even a clanger of a line such as “I’m 15 years old and I feel it’s already too late to live”, when delivered with such earnest passion, feels heroically victorious. The blend of deafening drums, lush harmonies and electro raves creates an unexpected party atmosphere; adolescent angst has never sounded so good.

That everything has been enhanced to epic, almost stadium proportions is not without problems. Some of the emotional depth is lost and it seems M83 have been the victims of their success when it comes to singles. It is clear that many in the audience have come to hear My Tears Are Becoming a Sea (the one from the Red Bull advert) and Midnight City (the one from Made in Chelsea). This means that a beautifully delivered rendition of the slower Wait and a lengthy and thoughtful old favourite A Guitar and a Heart see large crowds heading to the bar. Some purists would weep to see what they have become, but they should learn to enjoy themselves and M83 have adapted wonderfully to meet a changing audience and they are more than happy to keep the singles coming thick and fast.

Anthony Gonzalez has been performing under the guise of M83 for over 10 years. Never before has his band seemed so sonically and visually impressive and it’s written all over his face. This is the last night of a lengthy tour and he tells the audience that “this is the end of a journey I will never forget.” When Midnight City’s mighty riff is joined by a gleeful sax solo, the crowd go absolutely wild. In the midst of 5,000 dancing fans, spectacular production and a song the country has fallen in love with, Gonzales steps back, turns his back to the audience, puts his head in his hands and dances with complete joy. There is a wonderful sense of a niche band relishing the success they have longed for and now enjoy. As the music drops out, everyone in the room unites to sing the line “The city is our church”. It is a perfect moment.

Tonight, M83 manage to achieve what few bands do – create something evocative and unifying, deliriously enjoyable and riven with empathy.