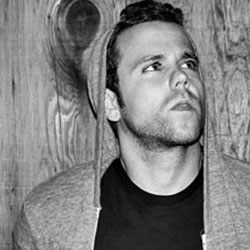 Anthony Gonzalez’s M83, according to the Frenchman himself, is more ‘stargaze’ than ‘shoegaze’ – as befits a band named after a galaxy. Showcasing new double album Hurry Up, We’re Dreaming at a venue called Heaven fits nicely with such skyward focus, but with one of London’s best sound systems on hand, the vaulted venue also promises to do the band’s expansive, optimistic music justice.

Support act Man Without Country, recently signed to Mute, warm up the crowd with music mixed from a palette that derives from at least some of the same influences as M83’s earlier material. Wales-based duo Ryan James and Tomas Greenhalf’s debut album has Ken Thomas, the mixmaster of M83‘s Saturdays=Youth, at the controls, and they’ve already remixed M83‘s Midnight City. Their own shoe/stargaze might have been created especially for tonight.

Amid blazing lights, the headliner’s set blasts into life. The opening Jean-Michel Jarre-esque cosmic arpeggio of Intro has the audience rapt from the get-go as the Greedo-like figure from the Midnight City artwork appears in humanoid form. Zola Jesus is not in the house for her duet, but Gonzalez’s yelping vocals immediately take command of the stage and set the scene for the anthemic, arena-sized direction of M83’s latest material, not least new single Reunion, which underlines such notions in thick marker pen.

It calls Brat Pack films, especially The Breakfast Club, to mind, cheerily lifting the opening of Simple Minds‘ Don’t You Forget About Me and running amok with it. Gonzalez’s near-obsession with the halcyon days of youth make this wholesale magpieing of such ‘80s sounds entirely in keeping.

His evolution of other people’s music doesn’t begin and end with the ‘80s, however – it’s possible to sing the chorus of Coldplay‘s The Scientist over Wait, which sports the same sequence of chords. It’s another indication of the scale Gonzalez is aiming for these days – and it’s a notch or three up from his previous albums.

There are also moments when the good ship M83 looks for all the universe to be on autopilot. During Midnight City – oddly, one of the year’s most memorable singles is neither at the beginning nor the close of the set – Gonzalez leaves his keyboards and indulges in a merry little dance at the front of the stage, wiggling about and revelling in his position as front man, unshackled from his synths. It’s a role his latest music has allowed him to grow into, and he gives every indication of enjoying it.

He finds space for the most popular of his older material too. Kim & Jessie gets an early outing and fits snugly into the John Hughes teen-retro-intro section alongside the even older Teen Angst. Both sound positively unleashed, though main set closer A Guitar And A Heart is the most transformed of all, power-rocking to a spectacular conclusion. It’s left to Couleurs, M83’s most Depeche Mode moment, to wind down the encore by all but launching the club into space. M83 will be playing bigger venues than this next time they visit.