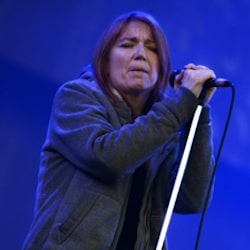 As Britain reaches festival saturation point, so, it appears, does the rest of Europe. Its hard enough to choose between the domestic events without the added headaches of complex travel arrangements, passports and a different currency, so to win our affection, a festival on foreign soil will need to offer something pretty special to convince Brits abroad.

Main Square Festival certainly puts its case well. Ignoring the festival itself and its features and line-up for a moment, like any event abroad, the immediate effect of crossing the English Channel and stepping foot on Gallic soil is a sense of being on holiday. From London, the Eurostar makes things exceptionally swift and without issue.

St Pancras has been restyled into a chic little shopping and eating depot, more like an airport terminal than a train station. It only takes an hour and a half to get to Lille, followed by a short local train ride to Arras (and a stop at a helpfully located and insanely large hypermarch for everything forgotten), and a free transfer bus straight to the festivals campsite. Its easier, more comfortable and without doubt speedier than a commute from London to Glastonbury or to Minehead for an ATP festival.

So the Eurostar defeats convenience concerns, but still, why bother coming to Arras in particular? Well, because Arras is lovely. If there weren’t a festival going on here, it would still make a perfect destination for a quick injection of French culture. Arrival on Thursday presents the opportunity for a nosey around, its place in the history books coming off the back of a 1917 face-off between the allied forces and the Germans. Characterised by the construction of an elaborate set of tunnels designed to allow the Germans to be surprised from beneath, it was a battle deemed a strategic success, but that resulted in huge loss of life on both sides. The bright, white memorial to 34,785 soldiers with no known graves lies directly between the campsite and the festival grounds, and serves as a grounding reminder of what happened here nearly a century ago.

A fifteen-minute walk from the campsite and you hit the centre of Arras, a small town littered with huge churches, sprawling squares and ptisserie queues. Taunting Ken Livingstone as an example of what caf culture should look like, its inhabited by women with small dogs and fat cats and guffawing mustachioed men, inhaling vast tubs of moules and slabs of steak, while slowly inebriating themselves on carafes of house red.

But enough gaufreing on. Where are we? Transport tick. Location tick. What of the festival itself? Well, Main Square turns out to be a bit odd. The campsite is offsite, but close, so thats fine. And the facilities are good with rows of regularly-cleaned flushing toilets, and enough warm and powerful showers to ensure everyone stays clean and odourless for the whole weekend.

The festival site, within the walls of a citadel, has just the two stages and not much else. The main stage is an ugly, uncomfortable dustbowl not designed with festival-goers in mind. The second stage offers a lush green lawn, and so becomes the obvious place to head to for sitting-down purposes. Aside from that theres one getaway area where the classier can escape to for champagne, ham and olives. And thats about it. Its nearest comparator as far as set-up goes, would be Wireless at Hyde Park. And thats not exactly a compliment.

The line-up however is world-class, but without a third stage, remains limited. There are half-hearted attempts to theme the evenings. Fridays main stage line-up featuring the retro rock of Limp Bizkit, Queens Of The Stone Age and Linkin Park. QOTSA are so far ahead of the competition its ridiculous. Limp Bizkit are exactly as cartoonish and bad as the memory recalls, but Linkin Park come as a disappointment as their miserable high school angst and nursery rhyme melodies have aged worse than might have been hoped.

A nice touch is to follow each nights headliner with an epic dance act to end the day on a high. Saturday features Moby, and Sunday offers Underworld, but The Chemical Brothers win out with a reliably incredible closing set on Friday. Graphics, lasers and light shows perfectly choreographed, it all acts as a reminder of how good and under-appreciated last years Further album was. With Beady Eye having played a miserable set on the second stage earlier on in the day, the legend of Liam Gallaghers front man prowess retreats to the further reaches of the memory when Noels vocals pop up on Let Forever Be, serving a sharp kick to his brothers nasal whine.

Saturdays highlights on the second stage included the drowsy cool of Warpaint, and the never less than awesome eccentric pop of Manchesters Everything Everything. Fleet Foxes draw a big mid-afternoon audience with a set that feels just at home on a sunny day as it would on a leafy autumnal evening.

Over at the dustbowl, White Lies are more impressive than many give them credit for, their best songs a pleasing mish-mash of angsty pop references, and Harry McVeigh coming across as a charming and eloquent front man. The material tires after a while, but theyre a lot more interesting than the Kaiser Chiefs who come afterward.

Despite that English pairing, many are here for the North American double bill that follows, as The National and Arcade Fire reform their partnership as the leading powers in anthemic and literate alternative rock. With both bands enjoying the loftiest times of their careers so far, and with Arcade Fire shunning the British festivals this year, as they complete their set with Rebellion (Lies) and Sprawl II (Mountains Beyond Mountains) theres no doubt that this was worth crossing borders for.

The Brits rule large over Sundays main stage bill with a schizophrenic but phenomenally put-together conclusion marked by Elbow, followed by PJ Harvey, Portishead and finally Coldplay. Festivals often throw together weird running orders (Beyonc following Pendulum at Glastonbury, anyone?), and Portishead in particular may have been better suited to a third stage had there been one, but thats still one hell of a Sunday line-up.

Sandwiched between the built-for-the-big-stage pomp of Elbow and Coldplay, its for the South West of England and PJ Harvey and Portishead to represent those of us who like our music served on a smaller platter. PJ Harvey plunders her current album, Let England Shake, performing wonderfully, but leaving us with precious little from the past. Its Beth Gibbons, dressed in a hoodie, giggling between songs and crooning her way through the unstarry, soulful songs that connected Portishead with millions of disillusioned people having their own sour times in the mid ’90s who will remain the abiding memory of this years Main Square Festival. Following on from that kind of power, Coldplay never stood a chance, and without a giant pyramid to enhance with lighting tricks, people start to filter out of the citadel, singing along to The Scientist and Viva La Vida on the walk home.