by Ben Hogwood
published: 8 May 2018 in Live Music Reviews
Tweet 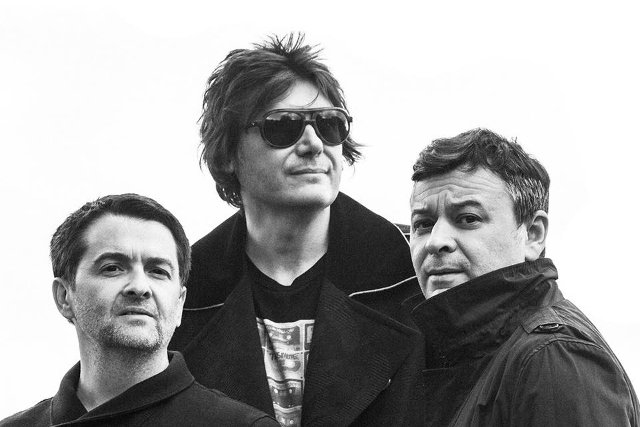 As bank holiday weekend sunshine hits London, so Manic Street Preachers and The Coral roll into town, boasting a total of 45 years’ experience between them.

It’s a heavyweight line-up indeed, begun with a confident set from a rather swarthy looking sextet from Merseyside. The Coral have rather more stubble than when we last saw them, yet their music remains as winsome as ever. Jacqueline and Pass It On get the crowd quickly into blissful weekend mode, while the macabre organ line behind Secret Kiss exposes a darker, ghostly underbelly. Last year’s Distance Inbetween album enjoyed integrating Krautrock into the band’s sound, and a coruscating guitar solo from Paul Molloy dominates Million Eyes, the bigger spaces of Wembley Arena responding well to the increase in volume.

From the start, the Manics are imperious. James Dean Bradfield is in boisterous form, bouncing around the stage while finding the guile to cajole the riffs to Motorcycle Emptiness. It is however Distant Colours, from most recent record Resistance Is Futile, that sets the tone – and whose tune lingers obstinately in the head after the gig.

By now all is set for a triumphant gig, the band including favourites old and new, and reminding us in the process that by digging in and carrying on after Richey Edwards’ disappearance in 1995 they have racked up 23 years of powerful and often deeply meaningful rock music.

Quotes and phrases dominate the screen behind as motivational extras, stopping short of outright political protest but making deeply resonant points nonetheless. ‘Man Kills Everything’, in the night’s neon blue theme, is the most effective, while the best musical match for the text proves to be a roof raising account of If You Tolerate This Your Children Will Be Next.

The Anchoress joins for an exultant account of Your Love Alone Is Not Enough, staying for Little Baby Nothing and Dylan & Caitlin, providing a strong counterpoint to Bradfield’s trademark bellow. The big, radio-friendly hits – of which Tsunami, You Stole The Sun From My Heart, and Everything Must Go are three – might be cut from a similar cloth but they are all rousing anthems, palms raised skyward as the fans respond.

Yet the most powerful moments of the gig are less obvious. 4 Ever Delayed makes a surprise appearance, to the obvious enjoyment of the band. A seemingly unlikely acoustic version of Faster, performed by Bradfield alone, is dedicated to Edwards, and is a sharp reminder of the song’s searing power even in reduced instrumentation.

A medley of Can’t Take My Eyes Off You and Stay Beautiful follows, delighting the charged-up crowd, and we move to a powerful home straight of eight songs begun by You Love Us and capped by the soaring strings of A Design For Life. There is a surprise in store here too, Nicky Wire showing some leg after a costume change to front up the vocals on a powerful cover of Sex Pistols’ No Feelings.

Few bands inspire such a passionate outpouring in the arena, and the Manics again ensure the powerful punch of their music is amplified live. Clenched fists, hoarse voices and adrenaline buzzes are the order of their day, gained through music that cuts to the quick just as sharply in its third decade.