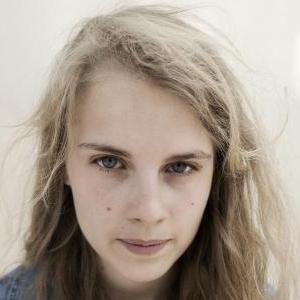 After the nu-folk explosion of the mid-noughties, the scene has been surprisingly quiet over the last 12-months or so. Its central protagonists Laura Marling and Bon Iver have kept themselves to themselves – and why not, there have been no obvious pretenders to the throne. Until now, perhaps…

Tonight’s show is officially Marika Hackman’s single launch party, but it feels very much like a showcase for her and support act Luke Sital-Singh. The venue – a tiny basement in Dalston decked out with retro fittings – has a stage fashioned out of an old rug with a piano to separate it from the rest of the room. It’s understated, cosy and dark – which feels apt, because if this pair are anything to go by, the folk of the future is a somewhat moodier affair.

First up, Luke Sital-Singh shuffles onto the carpet, nudging his glasses up his nose and silences the room with his first song, I Have Been A Fire. But the south Londoner doesn’t really get going until Honest Man and Fail For You, from his debut EP. Here he offers promising glimpses of a voice that could grow into something special. Switching between acoustic and electric guitar he channels the soft graveliness of Damien Rice, singing simple songs of love and loss performed with touching sincerity. When he lets go, slithers of a more powerful voice slip out to rival the likes of Bon Iver, but for now these moments are few and far between.

A gentle buzz has been brewing around Marika Hackman; her single, You Come Down, has been gaining airplay, and she was recently announced as the support for Benjamin Francis Leftwich’s tour in October. An unassuming stage presence, she’s dressed in jeans, trainers and an over-sized denim shirt, her scruffy blonde hair tumbling over her shoulders. But as soon as she opens her mouth the force of her voice hits you full pelt.

You Come Down has a crack team behind it; it’s produced by Johnny Flynn, recorded by Tiger Cats‘ bassist Giles Barrett and released on Transgressive off-shoot paradYse (also home to Theme Park, who are in attendance tonight). So there’s a lot of people invested in her, not that that puts her off; Hackman merely clutches her acoustic guitar, closes her eyes and lets the music wash over her.

Shunning the full-bodied vocals of folk-leaning voices like Florence Welch and the whispy, purred sound of Laura Marling, Hackman looks to Nico for inspiration. A unsmiling, haunted voice devoid of emotion, it plucks at the heartstrings for that very reason.

Her eight-song set is melancholic and soothing, letting her gentle vocal do the work. From the rolling strings of Plans to the song she refers to as her “more upbeat song”, On Borrowed Time, she merges an old fashioned ambiance with her unusual voice to give folk a thoroughly modern make over.

The sets were short but left the crowds wanting more; a great early outing from two acts to keep a close eye on over the coming months.