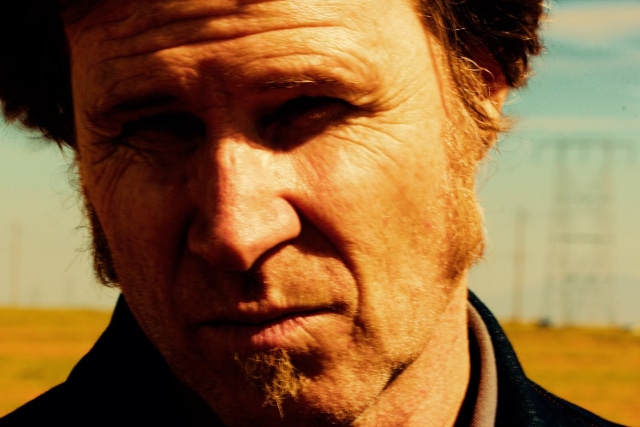 Mark Lanegan operates best under the cover of darkness. The former Screaming Trees singer and occasional Queens Of The Stone Age collaborator is well known for his blacker than black vocal delivery, and KOKO proves the ideal vehicle for this as his band roll into town.

He has a formidable discography from which to choose, as a solo singer, band member and collaborator with the likes of Isobel Campbell. Tonight’s set focuses understandably on this year’s Gargoyle – arguably his best album yet with the band – but also casts the net further afield when needed, revealing an impressive vocal versatility at work.

The clouds part a little when the vocal climbs further up the baritone register. At its peak are the forward looking, propulsive Harvest Home, its groove extending far and wide, while Emperor, one of Gargoyle’s funkiest cuts, is positively playful, bringing shades of The Band’s Robbie Robertson to the table.

That said, Lanegan remains at his most effective in matters of the night. Nocturne is superb here, a chill going straight down the spine as the band establish its steely groove, before the powerful vocal raises it to an inner city torch song in the making.

Lanegan gets fluid support from his band members, from the nerve shredding guitar solo applied to Riot In My House, spinning notes of genuine unease, to the velvet-voiced backing counterpoint on Sister. Sensitively voiced keyboards sprinkle stardust over the top of proceedings, complemented by a lithe rhythm section whose subtle grooves and bursts of funk draw comparisons with early 1990s Manchester, just as much as they evoke windswept US soundscapes.

The peak of this intriguing stylistic clash is Floor Of The Ocean, the shuffling groove and twinkling keyboards creating a soundscape of icy blue, complemented by the vocalist’s softer rasp. “Look into your mind’s eye,” Lanegan entreats, and the venue falls under his spell once more.

The KOKO crowd are incredibly attentive, flying in the face of the complaints on gig noise and use of electronic devices that we hear all too often these days. Barely a light can be seen as Lanegan arrives on stage, hobbling uncomfortably and wearing sunglasses. We see the outline of his face but little more for at least five songs, the air of mystery heightened by his increasingly prominent stubble.

The glasses come off, tellingly, with a spare delivery of The Twilight Singers’ Deepest Shade. The comparatively rich backing to the words “I love you until I die, love you until tonight” melts the heart, and Lanegan looks genuinely chuffed with the end product and the ovation that follows. There is of course no obvious smile, but the singer – a modest if occasionally threatening stage presence – drinks in the audience response. A couple of ‘thank yous’ are offered as the extent of onstage banter, hardly a surprise for a man whose music and lyrics do all the talking that needs to be done.

The crowd lap it up, especially an encore set that strips down to a duet with Johannes and puts the seal on a compelling gig experience. Lanegan, one of the most distinctive voices in music today, has reached the peak of his game right now.

This article was amended on 20 December 2017 to remove band member names.