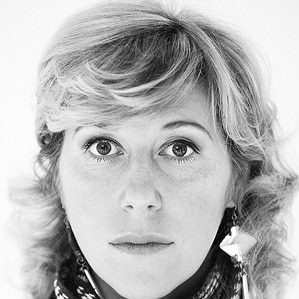 When you’re a member of probably the most talented family to emerge from Canada, you’re always going to be in danger of being overlooked. Especially if your father is a folk legend from the ’70s, your mother is a deeply revered singer/songwriter and your brother is a flamboyant, theatrical performer who thinks nothing of writing an opera in his spare time.

In her own understated way though, Martha Wainwright has emerged as one of the most talented members of the McGarrigle/Wainwright clan. Over three albums of intense and personal songs, she’s staked a claim to be one of the most compelling singer/songwriters working today. That compelling quality is only magnified in her live performances. She’s best performing stripped down, which is why an undeniable thrill goes down the spine when she emerges onto the stage at Manchester’s Ritz clutching an acoustic guitar and launches straight into an early single, Factory. It’s not just her voice, as impressive as that is, it’s her whole presence – eyes closed, gently swaying, occasionally kicking her leg back, she’s a magnetic presence onstage.

Wainwright’s band eventually appears onstage, halfway through Far Away, including her husband Brad Albetta, clad, for reasons best known to himself, in full monks habit and a black facemask (perhaps so we don’t see his reaction during some of the more personal lyrics such as “my marriage is failing but I keep trying all the time”). The setlist is, understandably, heavily concentrated on the new album Come Home To Mama, but still finds time to revisit old favourites such as Ball And Chain and Bleeding All Over You.

The new material does sound stunning however – Radio Star builds to a ferocious climax, while songs like Four Black Sheep and Can You Believe It are given a new-found power. The highlight comes halfway through the show though when Wainwright revisits her Edith Piaf cover album. Accompanied by Jared Samuel on piano, her voice sweeps and soars through two Piaf songs – it’s a magnificent sound, and enhanced by watching Wainwright utterly throwing herself into the performance: waving her arms around wildly, dropping to her knees and throwing herself around the stage. As a voice from the audience exclaims at the end of L’accordeoniste – “wow!”. There’s another legendary female figure whose presence hangs heavy over the evening, and that’s Wainwright’s late mother Kate McGarrigle. A haunting rendition of new song All Your Clothes, which takes the form of her talking to the spirit of her late mother is spine-tingly good, while an emotional rendition of Proserpina, the last song that McGarrigle ever wrote, is enough to move the hardest of hearts.

Proserpina would have made for the perfect ending, but Wainwright manages to surpass it with a blistering rendition of Stormy Weather, featuring just her and Albetta on piano. It’s a song that displays exactly what incredible range she has as a singer, and although it’s one of the most covered numbers in musical history, but it’s no exaggeration to say Wainwright’s version holds up with the best of them.

Coming full circle, she ends with another solo acoustic rendition, this time of the debut album’s This Life – another stark, beautiful and magnetic performance. Words that could, in fact, be applied to Wainwright herself.