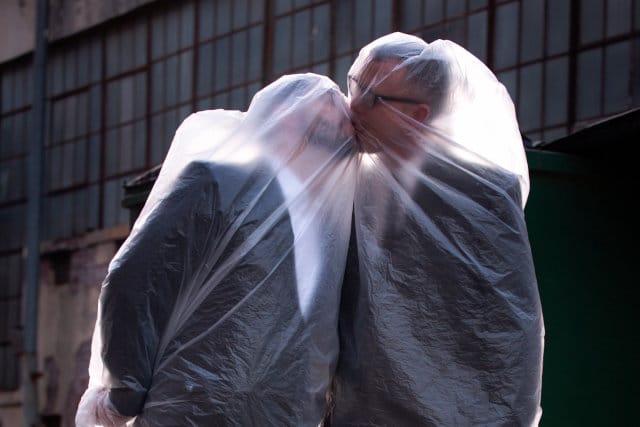 “Star quality. Some plastic objects have it, some don’t”.

Drew Daniel throws out this deadpan quip early in Matmos‘ set. He’s referring to a giant blue pill shaped object that the duo sample on one of their tracks tonight. It’s an example of how simple acts, objects and  phrases are loaded with connotation in their work.

His musical colleague and romantic life partner MC Schmidt takes control of the pill and begins making satisfying sounds with it. The pop as the pill is opened. The squeaks as the two components are rubbed together. The click-clack as he turns it into horse hooves. Schmidt is like a science teacher explaining chemical properties to a rapt class as Daniel, a mischievous electro elf, mushes the noises being generated into huge choons.

The Jazz Cafe is an elegant if somewhat sedate venue in North London that tonight gets turned into a simulacrum of a Jamaican dancehall or Berlin nightclub. Whereas on record, the music Matmos make is cerebral and prides itself on being glitchy and coolly disjointed, here it flows and bounces, filled with melody and passion.

It’s not just plastic pills that get celebrated. We’re treated to ‘performances’ by plastic buckets, carrier bags and smashed vinyl records. Each receives a rapturous applause upon completion of their ‘solo’. Which is mildly ironic as Matmos continue to downplay the importance of the material yet rife with metaphorical implications. Schmidt especially bemoans the non-degradable nature of these things. The plastic bucket, supplied by the venue’s cleaner, references notions of manufacturing, hygiene and economies of labour. 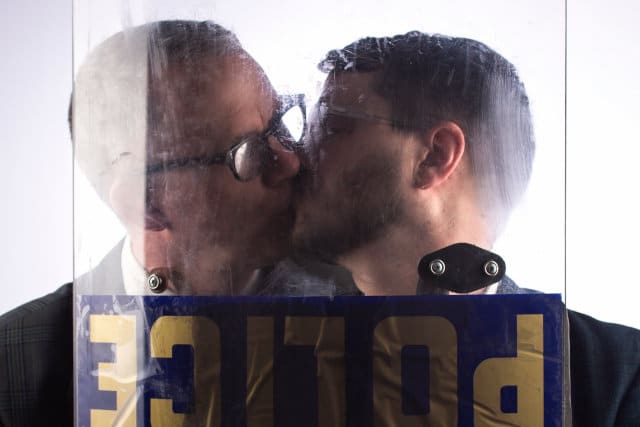 The vinyl record they choose to smash is the greatest hits of 1970s soft rockers Bread. Schmidt tells a tale of teenage punk rock rebellion, wherein he’d visit record stores and drag a nail across the copies of this record. He then humorously reminds us he now owns a record store and this practise is not to be repeated. The symbolism of the act is timely. The breaking of Bread. The artificial pedestal applied cultural stardom and the fragility of fame and how it’s easily lost. Another act loaded with symbolism, another lesson learned.

The pair express gratitude throughout the show that we are here and dancing, when Bikini Kill are also playing the same night. They express incredulity at how we manage to thrive in such a depressing and expensive city and we all cheer. They even give thanks to those who brought them presents and smoked with them outside the venue before the show.

Before finishing, they bring on support act Wobbly for an improvised number. Schmidt worries it may sound unpolished but Daniel explains that’s the nature of improvisation. Both are right. It sounds haphazard and delirious. It showcases how symbiotic the pair are at this stage in their career, finishing each others’ sentences, each riffing off the other’s input.

They finish with a track built around plastic bags. Schmidt crinkles and rubs the bags together: Aldi, Tesco and M&S all rubbing along. It’s hard not to read it during Pride month as a semi-critique of the insidious way capitalism cosies up to the queer community, in order to profit, but quickly disposes of such pleasantries once the spotlight fades. As they make wave after wave of interference the screen above the stage shows video footage of a sunken ship. The video pulls back, up from the ocean floor to reveal a surface of bottles and detritus littering the ocean. The message is not lost. Yes we have polluted this planet with disposable garbage, but if you explore beneath the muck, beneath the waste you will find riches galore.