by Steven Johnson
published: 14 May 2018 in Live Music Reviews
Tweet 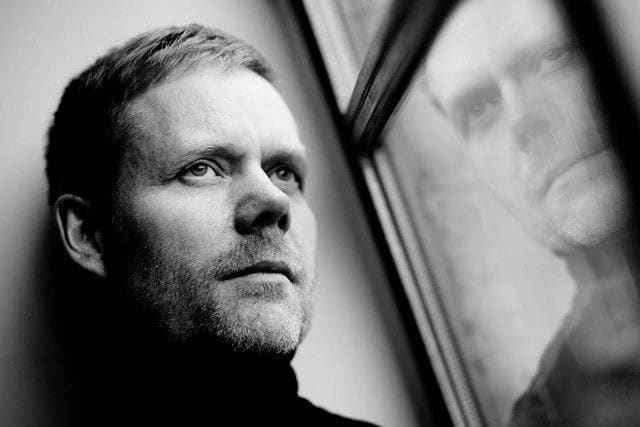 The Barbican’s Sounds & Visions weekend promised “a journey into music, image and their meeting points in today’s culture”, with the opening event featuring co-curator Max Richter‘s 2010 Infra album played in full by The 12 Ensemble. There were also performances by Kaitlyn Aurelia Smith and Jlin to form an appealingly diverse line up. Richter appeared on stage earlier to explain he and fellow curator, artist Yulia Mahr, had simply chosen musicians they’d quite like to hear.

First up is American footwork producer Jlin, who premiere a new piece also featuring dancer Lilian Steiner and lighting designer Theresa Baumgartner. Musically it shares much with Jlin’s two albums, 2015’s Dark Energy and 2017’s Black Origami. It begins claustrophobically as jarring rhythms, unevenly distributed beats and clashing blocks of sound combine to form a jagged electronic vista that lightens the longer it goes on. It shows she’s likely to remain a singular, confrontational musical force for some time to come.

Next up is Kaitlyn Aurelia Smith who manipulates her bank of synthesisers in a more benign fashion. Drawing largely from 2017’s excellent The Kid album it confirms how she creates bucolic electronic music seemingly reared in natural environments like meadows, oceans and rainforests. It’s a lush and bubbling soundbath complimented by visuals that seem to portray the DNA of the music as seen through a telescope; cells multiply and expand, shoals of electric fish dart across the screen and neon networks proliferate. 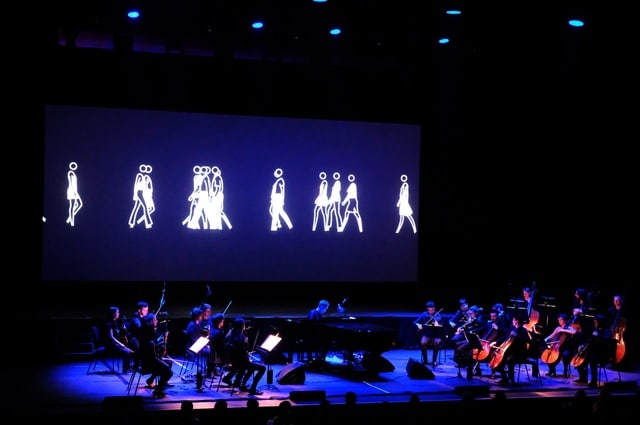 Out of all names associated with modern classical music Max Richter is the one most driven by bigger projects and concepts. His 2015 piece Sleep was over eight hours long and was intended to be listened to at night while sleeping. He’s also scored ballets (Woolf Works), re-envisaged the work of traditional big-name composers (Vivaldi Reimagined) and released music as a protest against war (The Blue Notebooks). It is also seen in the origins of Infra – a piece written in response to the terrorist attacks on the London Underground in July 2005 (Infra means ‘below’ in Latin). It was originally composed for a dance work choreographed by Wayne McGregor, but tonight is performed by Richter on piano/electronics and 12 Ensemble (a London-based string orchestra). In his introduction Richter describes it as “travel music” and containing “Schubert atoms”.

It’s an unashamedly meditative and serious piece of music. Melodies flow sensitively from piano to electronics to strings and back. Morse code infiltrates the piece, weaving itself around the strings and piano. It shows how Infra could be viewed as a piece about the unseen as much as about the underground. It’s played with precision and feeling and presents itself as an elegiac alternative to the minimalism created by the likes of Steve Reich and Philip Glass. Images of walking people appear on the screen behind the musicians, representing, as Richter had explained earlier, those going about their usual daily routines on the day of the attacks in 2005. The simple and repetitive nature of the images adds further poignancy to the music.

Infra remains a graceful, positive response to horrific, negative events. It confronts and ultimately defeats them through sheer beauty and purity. Tonight’s concert proved it to still be a quietly powerful piece that is still as relevant as ever.