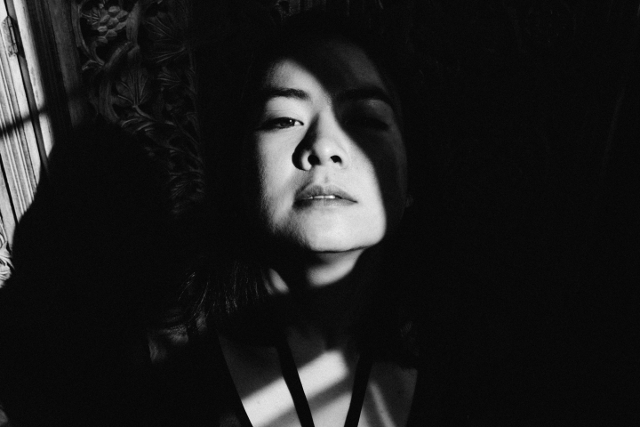 Somewhere between the titular, nuclear unit, where Homer and Lisa jostle for first, and the myriad tertiary walk-ons and sidekicks – the sadly missed Hutz and McClure to Hans Moleman – there’s a good argument for saying that Milhouse Van Houten is one of the best, most sympathetic characters in The Simpsons. Put-upon, loyal to a fault and forever in the grip of an indefatigable, unrequited infatuation; somehow closer to a socially awkward teenager than his 10 years might suggest. Milhouse just gets it.

So Mitski Miyawaki seems to have made a perfect choice when she plucked the title of her 2014 album from a line gasped by Milhouse, thinking them to be his final words: Bury Me At Makeout Creek. Lonely, careworn and often funny, it was followed – and bettered – last year by Puberty 2.

Speaking volumes to anyone for whom those turbulent teenage years were less a ‘phase’ and more an initial introduction to lingering leitmotifs that would last for decades hence, it was among the best of a year which, in spite of everything, was a pretty great one for music.

The set tonight is split fairly equally between the two albums, which Mitski has said elsewhere are of a piece, thematically at least. And, at the beginning, there’s a sense that something pretty special is about to happen.

But, from the loose, low-key opening Dan The Dancer, her three-piece band don’t quite seem to gel. Slight and spacious where it needs to be, the sound on Puberty 2 has moments of startling vividity, but here Patrick Hyland’s guitars aren’t quite locking with Miyawaki’s bass, and Once More To See You is left feeling oddly hesitant.

Whether they’re too caught up in ‘the feels’ to react is hard to tell, but the tightly-packed crowd are oddly quiet too, and the disconnect seems to carry through the next few songs – Makeout Creek’s I Don’t Smoke’s loping drum-machine backing and the array of noises wrung from Hyland’s guitar adding weirder hues – but loosens when Mitski breaks a between-song silence to crack a typically self-effacing joke about her high heels. “The other day, I fell in them very completely … It was very On Brand for me”.

With the aching sadness and jarring turns of I Bet On Losing Dogs, though, the reasons we fell so ‘very completely’ for Mitski flood back with the heady haze of guitar, and things fall into place. From here, through Townie – wrenching its grungepop thrills in unexpected directions – and Thursday Girl’s hushed, spare bass and electronics, the crowd – and band – are warmed up, and the first few rows sing the sharp, sardonic Your Best American Girl – passionately ferocious, ferociously passionate – straight back at Mitski, who tells us that she writes songs because she’s “never been good at talking”.

Speaking about her feelings growing up, simultaneously wanting the all-American identity and being happy with her own, it’s one of her very best songs and a triumph here. Another highlight, Happy follows shortly afterwards, an almost unbearably intimate description of a brief encounter with happiness, but perhaps the best moments of what’s been an emotional set – there are reports of tears afterwards, as we head back above ground – come during the final few songs, performed alone, Mitski swapping her bass for guitar.

Both short, but equally devastating, A Burning Hill and the stunning My Body’s Made Of Crushed Little Stars are taken from Puberty 2. The first is bruised but conciliatory (“I’ve been a forest fire … I’ll learn to love the littler things”), while the second squashes millennial financial anxiety, wanderlust (“I don’t know how I’m gonna pay rent/I wanna see the whole world”) and personal and professional insecurities (“I better ace that interview/I should tell them that I’m not afraid to die”) into a wickedly funny, two minute sucker punch.

Before the final Last Words Of A Shooting Star – all gallows humour and stark truth – and Class Of 2013, Miyawaki thanks us “for making my dreams come true”. “Even before I knew that being a musician was a ‘real job’,” she says, and with the same sincerity she brings to her songs, “this is what I wanted to do”. In the end, everything’s coming up Mitski.