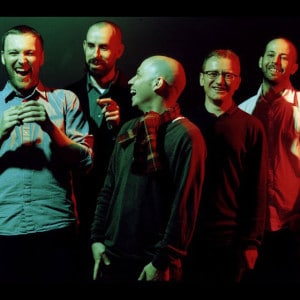 For those not best acquainted with ’80s film references, a Mogwai is a small, lovable furry creature that makes gentle cooing noises, as featured in the movie Gremlins. Remembered as perhaps the cutest on-screen companion to ever feature in what is essentially a horror film, a Mogwai is also famed for its tuneful and lullaby like singing voice.

However, Mogwai translates as ‘evil spirit’ in Cantonese. Feed him after midnight, or drop him in water, and all hell breaks loose. He convulses, he spasms and he spawns numerous evil, spiny, snarling siblings that will just about do all they can to ruin your evening from tampering with your car to pointing a gun at you.

But why the film studies lesson? Stuart Braithwaite, guitarist and vocalist in Glaswegian post rock band Mogwai, says the band are so named because they never got around to picking anything better. On the contrary, after what is now a near 20-year career spanning eight albums, the mythical creature from which they took their name is the perfect personification of their music. Sometimes, Mogwai are so soothing you think you might drift off into a restful sleep. At others, they make a wall of aggressive distortion, metal drums and feedback. Such are the two sides to the beast, and both are never more prominent than when they play live.

For a band that has a reputation for being ear-splittingly loud, the Royal Festival Hall in London’s Southbank Centre is perhaps not the obvious venue choice. It’s hardly rock ‘n’ roll. The crowd is offered reminders about when the band will be on over a PA, offered pre-show ice cream from an usher, and there is a tremendous test of the English politeness as people inch past each other to find their numbered seats. But one thing the venue does have in its favour is that it can handle everything that Mogwai can throw at it. Tonight, they only ever ask the sound guy to turn things up and he dutifully obliges. So much so that, at times, you don’t just hear Mogwai, you literally feel them as well.

They open with Deesh, from new album Rave Tapes, and the slightly hypnotic double eye artwork from the record looks out across the venue. The track is typical Mogwai – it pulses and builds into a swirling mass of guitars, ending up as a wall of artfully constructed sound, not aggressive, but eminently powerful.

Half the tracks Mogwai play tonight are either from Rave Tapes or the album before, Hardcore Will Never Die But You Will and, as such, there are plenty of songs that follow a similar pattern of gentle beginnings through to massive crescendos. How To Be A Werewolf has Braithwaite playing the holding riff, until about five minutes in when the band ramp it up a notch and he hits the solo with the drums pounding in the background. Likewise, White Noise, with its melodic keyboard riff, hits one of those visceral moments that Mogwai do so well. Their sound can be all consuming, and tonight demonstrates how.

Still, Mogwai with a temper is often the best incarnation. Tonight, there are only a few occasions where things get heavy, an indication of their maturing sound and years, perhaps. But when they do go there, it can be spectacular. Remurdered, another cut from Rave Tapes, is distressingly dark with electronic drums and an ’80s video game riff, and the super acoustics help to make it sound huge.

They close their main set with Mexican Grand Prix, all driving drums, fizzing guitar and, rarely for a Mogwai track, a mesmeric vocal, and end the show proper with Batcat, another feedback drenched monster of a track. Three guitars play what are essentially metal riffs, the drums look like they’ll come loose from their fittings and there is even some (seated) head-banging going on from those of us who can still hear properly.

Heading out in muffled awe, fans of both the gentle and cerebral side and the Gremlin-like full-on distorted aural assault side of Mogwai will not have left disappointed.