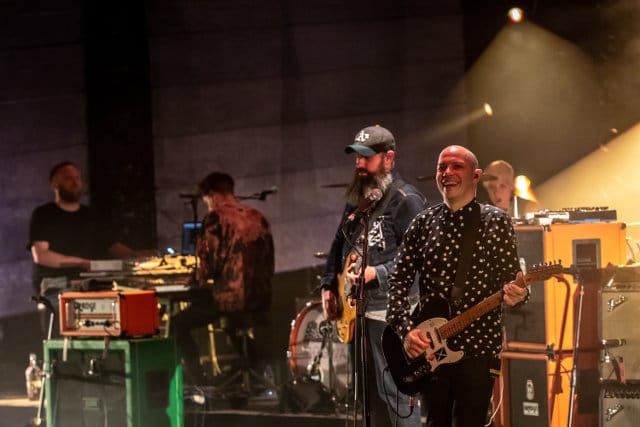 Over the years Robert Smith has regularly expressed his admiration for Mogwai and he’s also recruited them as tour support in the past, so it was no surprise to see them feature in The Cure lynchpin’s Meltdown Festival line-up. Tonight’s show came on the back of an announcement that the band will be releasing their first feature film soundtrack, for Kin, later in the year, proof that they remain a creatively driven force. This show at the Royal Festival Hall however saw them play a career-spanning set, illustrating how much they’ve developed, and continue to develop, over the years.

Support comes from Kathryn Joseph who admits to feeling as if she’s having an out of body experience at appearing as part of Meltdown. She plays a short set of fragile, piano-led songs that are equal parts soul-baring honesty and deeply ingrained beauty, boding well for the news that she will be releasing her follow up to 2015’s excellent Bones You Have Thrown Me And Blood I’ve Spilled later this year. We’re also reminded that she shares some traits with Kristin Hersh, who tonight is coincidentally is appearing next door at the Queen Elizabeth Hall. 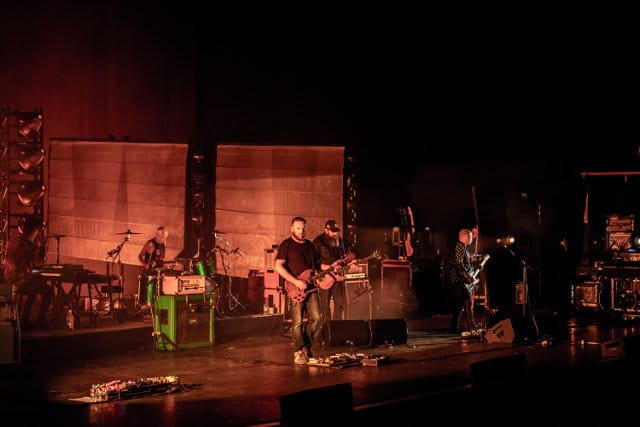 Mogwai take to the stage and open in low key fashion with the title track to last year’s Every Country’s Sun album before playing a rare brace of tracks with vocals. During Party In The Dark these propel the melody, sounding not dissimilar to fellow Scots Teenage Fanclub if they had bulked up on a diet of fully-turned-up guitars. On Take Me Somewhere Nice meanwhile, Stuart Braithwaite’s vocals are deployed more in way of adding to the texture of the song.

I’m Jim Morrison, I’m Dead remains a live highlight of their set, laden with skilfully rendered drama while Rano Pano foregoes any sort of nuance in favour of brute power. It may be due to the venue, but volume levels are not as high as other times we’ve seen them (which may just support the view that they’re not just all about volume/dynamics these days).

Coolverine adds to this opinion, sounding streamlined and clinical and best demonstrating Mogwai’s current modus operandi. The beginning of Don’t Believe The Fife may introduce a moment of relative calm but it has a sting in its tail, guitars rising to dominance again. Remurdered hints at further innovation, particularly its marauding finale and Old Poisons is the latest in a series of muscular, coruscating guitar opuses. 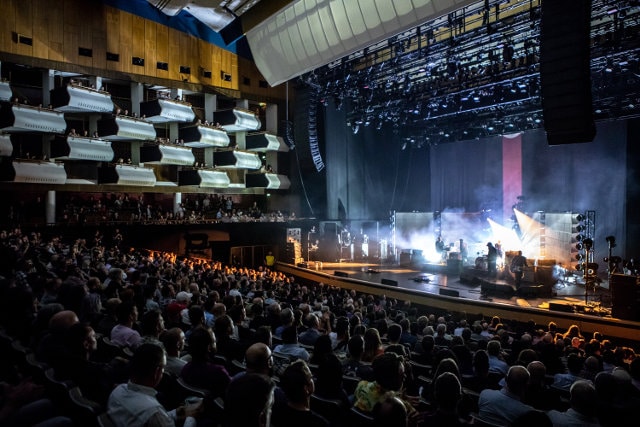 Having given their new material a healthy representation, the final stages of the show see them treat fans to some older, lesser played tracks. Mogwai Fear Satan closes the main set, still a musical behemoth that tramples all before it and still capable of some staggering guitar surges, especially the ‘snap’ towards the end after which all hell breaks loose. The encore features Kids Will Be Skeletons, which is still pretty like a star-studded night sky, while Ex-Cowboy serves as a reminder of exactly why so many first fell in love with Mogwai’s music during the late 1990s.

It’s left to My Father, My King to close the show with its chastising guitar lines and ferocious power, as well as seeing the brief, welcome return to the band of drummer Martin Bulloch. Mogwai may have matured into a different band from what they started out as, but moments like tonight prove they are still a highly rewarding live act, capable of putting on impactful, well-executed shows.