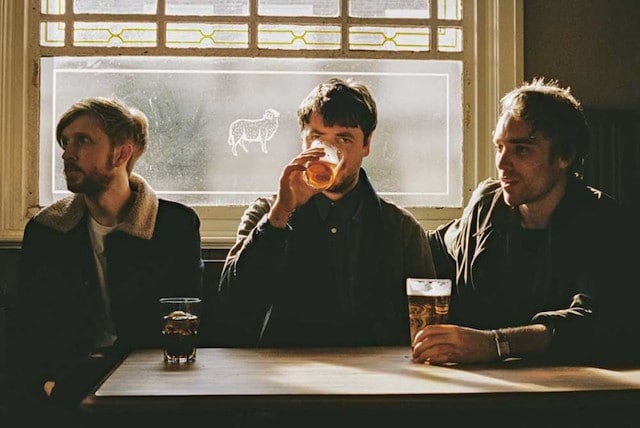 As the lights dim, Jamie Lee, the frontman of Money, makes his way towards the microphone with a little bit of trepidation. He thanks everyone for coming and, to his label and close associates – for helping him and his band through a tough couple of years – says: “I want to say thank you to the people who looked after me when I needed help. Some of whom aren’t here because of it”. What follows is a haunting and bleak ballad, believed to be a completely new song titled Lonely London Lady, that is equal parts harrowing and beautiful. It’s an incredibly bold and open-hearted start to the evening.

Much of their second album, Suicide Songs, works in a similar way. Honest, gorgeous and startling, it makes for a record that talks about difficult themes without ever sounding too trite or overwrought. The intimate confines of Village Underground seem like a perfect setting for the Manchester band’s hour-long set, which sees them backed by an additional bassist, cellist and violinist. It’s a short but intense and overwhelming performance.

The first few songs are acoustic-led. You Look Like A Sad Painting On Both Sides Of The Sky and I’ll Be The Night ring out with crushing clarity, whilst Suicide Song is heart-stoppingly captivating and affecting. Lee himself is astonishing to watch during these tracks – his vocals range from worn and gravelly to angelic and comforting (neither of which overplayed) and his delivery carries far more emotional weight on stage than on record. As he settles himself into his surroundings, his mannerisms become more frenetic. He is someone that conveys catharsis so expertly; his presence alone makes this feel like something special.

Thankfully, the show doesn’t get too bogged down in a maudlin and sombre atmosphere. For one thing, there is an amusing error during Bluebell Fields that they just about manage to work through mid-song, and it takes the drummer to remind Lee how he should start singing Suicide Song (“Embarrassing,” according to Lee). There’s also the fact that they can write tunes such as All My Life and Night Came, which are full of richly melancholic euphoria that bursts out in waves and guitars that chime proudly.

There are minor quibbles – there could have been one or two more songs from The Shadow Of Heaven and the concluding swansong, a stirring version of A Cocaine Christmas And An Alcoholic’s New Year, came around far too quickly. However, it’s spellbinding nonetheless. Rather than this feeling like the miserable evening (it is a Monday, after all) it could have so easily been, Money strive to make a concert experience that is uplifting and deeply rewarding.