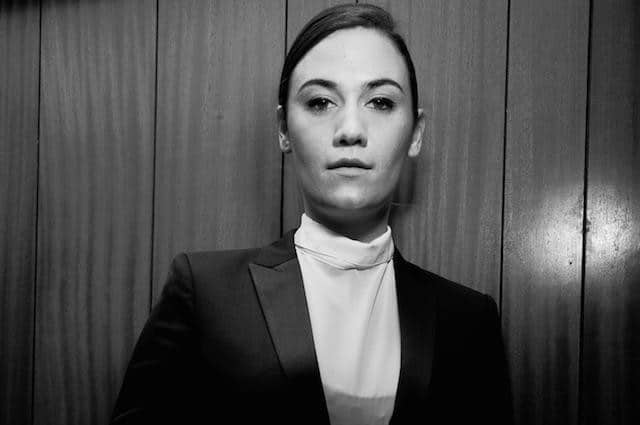 It is different, is the Union Chapel. It is a chapel, for starters. A genuine, bona fide, grade I listed place of religious worship in the Gothic revival style, in fact. As such, it changes things for both performers and for those being performed to.

Artists play differently and audiences react differently. For example: when the lights dim tonight, signalling the entrance of Nadine Shah (and band) there isn’t the normal cheers and applause. There’s just silence. A solemn hush which descends, broken only by a slightly embarrassed shuffling and coughing, like those in attendance dare not be seen to misbehave lest the Sister grab them by the ear, denounce them as the spawn of Satan and drag them off to be disciplined.

It’s a little off-putting, you’d imagine. Sure, when the lights go back up and Shah is there, everyone whoops and hollers. There’s a genuine feeling of relief on both sides; like, yes, we’re in the right place, and yes, we’ve all come to see you, and yes, we do remember how to behave at a gig, even if no one is entirely sure how to hold oneself and everyone’s arse is totally numb. The pews, you see.

The solemnity which has descended is carried through into the beginning of the show. So it is a low key opening, but slowly, surely, it takes flight and everything, artist, venue and material clicks. Despite the fact this is, as Shah points out excitedly, her largest headlining show in London yet, it feels more intimate than you’d expect. The setting definitely suits her. Her voice goes from a thing of booming, stentorian beauty on Living, to a smoky sultriness on All I Want, to a vessel upon which the doomed romance of Stealing Cars is vividly carried. Shah’s vocals are a brilliant, unique thing at the worst of times, but here she sounds incredible.

As does her band. You hear a lot of the subtler bits that normally get lost when playing in a bog-standard venue – the twang of the bass strings before the note, the brush of drum sticks on drum skins before the beat – it feels private and personal, something which is in sync with her songs. Songs of darkness. Songs of emotion. Songs which already had portentous, ominous and in the case of Aching Bones quite possibly homicidal, tendencies are revved up by the surroundings. Indeed, with the stage bathed in red during the aforementioned clang of Aching Bones, it could quite possibly be an exorcism. Only, you know, tuneful. It creates a real feeling of tension.

But any possibly of this becoming an unbearably fraught trawl through troubled waters is diffused by what comes in between. Whether she is pondering her favourite hymns, passionately and eloquently defending multiculturalism before the jagged, angry new one Out The Way, or spinning an epic tale of the last time she played Dreary Town before tonight, which involves a family holiday in Sorrento, a grand piano and a cheap hotel room, Shah is incredibly charismatic. It is a brilliant, memorable performance at a brilliant, memorable venue. Union Chapel claims another… what’s the opposite of victim?