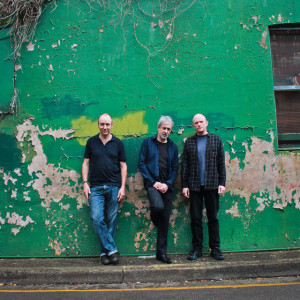 Approaching a The Necks gig for the first time provokes a strange mixture of excitement and trepidation, such is the fearsome reputation that precedes them. Can every completely improvised performance really live up to such lofty expectations?

The Australian improvising trio’s performance at Bishopsgate Institute appears to have provoked consternation in some sections of the band’s devoted fanbase. With seating removed, it’s a far from intimate space. With its high ceiling, it also has a slightly boomy acoustic not ideally suited to minimalist improvised music. Yet the band have played here before and clearly know the space well. The music they produce seems to ebb and flow gracefully and totally embraces the nature of the room.

Some members of the audience stubbornly sit on the floor for the entirety of both sets, some turning their back to the stage and closing their eyes, others lying down. This behaviour only results in them missing some key aspects of the band’s performance. As much as The Necks’ music is immersive and mesmerising, watching them is also a compelling visual experience. It is fascinating how they appear to be doing so little, yet close attention reveals the extraordinary flexibility in drummer Tony Buck’s arms and wrists (so much so that he can play what is essentially a continuous single stroke roll for an entire hour), or the varying levels of intensity with which Lloyd Swanton attacks his bass strings.

Also intriguing is the fact that pianist Chris Abrahams sits facing away from the rest of the band, an unusual arrangement in what is basically a piano trio (although the musicians studiously avoid any tried and tested conventions associated with that format). Over the course of these two extraordinary sets, an impression is formed that the connection between these musicians is intuitive and alchemical – their performances requiring nothing in the way of prior planning or discussion.

The first set is compelling in its gradually thickening texture. It begins with Chris Abrahams delicately teasing out a small cluster of notes that form a brief, almost romantic motif. For just a moment, the ranks of the audience with backs turned and eyes closed might be able to imagine they were attending a Keith Jarrett solo concert. Pretty quickly this impression is dissipated, however, as Lloyd Swanton finds a deep, resonant bass note and sticks with it for several minutes, and Tony Buck creates ripples and rumbles from his drum kit, creating a loosely rhythmic sea that alternates between choppy turbulence and smooth, flowing support.

The Necks’ music seems to be more an experiment in sound than with any genre-specific musical language. To this extent, they eschew not just much of the language of jazz (without consciously dismissing it) but also the language of much free improvisation. Whilst that music has a noble lineage of provocative, agitative performance (think Peter Brotzmann, Eddie Prevost or Evan Parker), The Necks are a defiantly contemplative, thoughtful and open proposition. This is challenging music that is also inviting, inclusive and accessible. At times, the range of sound they create is so startling that it is hard to accept that it is coming from an acoustic trio. At the peak of this enduring, stoical set, there is a whirring motor sound that appears to be emanating from the extreme bass end of Chris Abrahams’ piano. The ensemble begins to sound like the workings of a factory line.

Towards the end of the set, a slow, hypnotic groove kicks in, but it is not permitted to develop much, and this is the only concession to that aspect of the group’s playing (much in evidence on recordings such as 2006’s Chemist). It also seems out of place amongst the other sounds and moods the group create in this particular time and place (improvisation is such a completely temporal art form, yet it can often sound so transcendent). What is remarkable, however, is that even this relatively sharp contrast can emerge from the ether almost imperceptibly. The group achieve this with tonal as well as rhythmic shifts – sometimes the music has moved to an entirely different place and its hard to pinpoint exactly when the transition occurred.

The second set might even be better than the first, incorporating some exciting detours and surprises. It begins with the trio adopting a more conversational approach, with the three musicians trading fragmentory and jagged statements. For a while, it seems to be directed more by Swanton’s authoritative bass playing but soon the nervous dissonances from the piano begin to assume a more dominant role, even as Abrahams confines himself to the more delicate upper register. By its conclusion, it seems to have acted as a healing, restorative balm.

As with the first set, the texture thickens gradually and imperceptibly, until an almost overwhelming cascading wave of sound is created. Tony Buck deploys a varied arsenal of auxiliary percussion instruments (shakers, mini-cymbals) to help achieve this, and there are powerful melodies and imposing sustained chords from Chris Abrahams’ piano. The overall effect is powerfully moving and it is clear that the reverence with which this band is greeted around Europe is entirely justified.