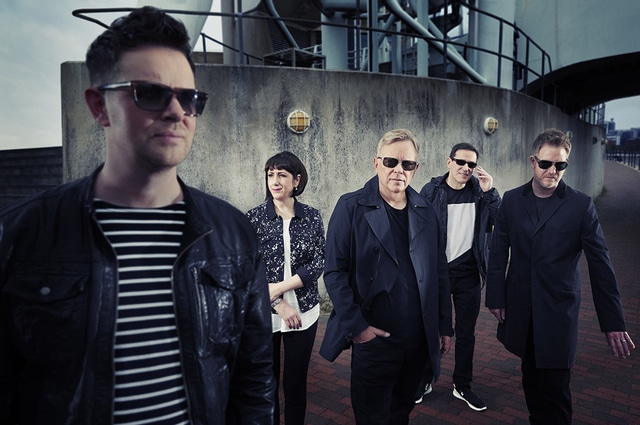 It’s fair to say that this year’s Music Complete, New Order’s first full studio album since 2005’s Waiting For The Siren’s Call, surprised many with just how good it was; whilst not quite in the same league as big hitters such as Power, Corruption And Lies (1983), Low Life (1985) and Technique (1989), it proved a revelation.

Sadly though, it wasn’t quite New Order as you remember them, internal disputes seeing the departure of original and iconic bassist Peter Hook in 2007. Hook’s absence was at times telling on the new album and fans were left torn between the ‘old’ New Order and the ‘new’ New Order. In fact it’s debatable as to whether or not the new line-up consisting of other original members Stephen Morris (drums), his wife Gillian Gilbert (keys, guitars) and Hook’s main sparring partner, guitarist and vocalist Bernard Sumner, is as much New Order as it is Bad Lieutenant, with the other two current members of the band – Phil Cunningham and Tom Chapman – having been a part of that with Sumner and Morris.

To promote the new album, the quintet have recently taken to the road for a number of sell-out shows across Europe, the tour beginning in earnest at Casino De Paris at the French capital. In the wake of the recent atrocities that included an attack on the Eagles Of Death Metal gig at the Bataclan, New Order began their first night at Brixton Academy with a fluid tricolore as a backdrop for the opening number, Singularity, the first of five songs lifted from Music Complete. To see Sumner, Morris and Gilbert then work their way through an ever impressive back catalogue was life enhancing, a reminder of both the power of music and the power of unity.

Early appearances for standalone 1981 single Ceremony and the brilliant opener to Power, Corruption And Lies, Age Of Consent, ensured the rapturous welcome continued, the majority of the crowd unable to contain the delight at seeing the older tracks that they feared they would never see live again resurrected in tremendous fashion. Both 5 8 6 and Your Silent Face, from the same album, sandwiched recent single Restless and b-side Lonesome Tonight from 1984 to ensure this was the best represented of all the New Order albums bar Music Complete.

Both Tutti Frutti and People On The High Line from the new collection featured guest vocalist Elly Jackson of La Roux as the dance element was then cranked up higher, before a slightly erratically performed Bizarre Love Triangle delved back into the past. Plastic, possibly the pick of the new album, was electrifying, as was the brilliantly extended title track from Waiting For The Siren’s Call.

Essential tracks The Perfect Kiss, True Faith and the simply stunning Temptation concluded with Sumner leading the band off stage after declaring that’s all they had time for. The clock said differently, however, with at least 12 minutes still remaining until the scheduled 11pm curfew, and they duly returned, Sumner dedicating the entire gig to the victims of the Paris attacks. They then launched into a mini-Ian Curtis tribute, performing both the haunting Atmosphere and Love Will Tear Us Apart from the Joy Division vaults, then closing the gig with the biggest selling 12” of the 1980s, Blue Monday, albeit exceeding that curfew by a good 10 minutes.

Whilst there remains no reconciliation with Hook, this is probably the best the crowd could have ever hoped for despite Sumner’s occasionally cracked vocals (who cares, really?), Cunningham’s rather annoying ‘pose-striking’ guitar playing style and the often under-amplified keyboard sections from Gilbert. There may have been no room for the excellent 2001 single Crystal, despite the track having featured on every other night of the tour, or anything from possibly their finest album Technique, but there was enough on show for Brixton to revel in a hugely enjoyable night, the last word of which should be Sumner’s: “Vive La France.”