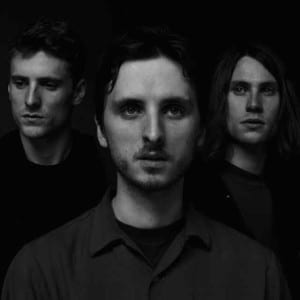 When they say expanded, they mean E X P A N D E D. There are a lot of people on this stage and not much stage for each of the people. Tonight’s These New Puritans show runs alongside an exhibition showcasing the magnetic resonator piano, a piano bastardised with all manner of string manipulating electromagnets used during the recording of Field Of Reeds, and it’s a mark of quite how large the scale is that it’s not obvious whether the aforementioned piano has made it out.

Yep, a Steinway with sufficient electronics attached to cause the spontaneous combustion of a Maplin’s manager is a mere footnote in the list of things gracing the Barbican this evening. There are strings to the left. Brass on the right. Keys, of a multitude of flavours, in the middle. Percussion at the back.

Then there are the band, dotted in and amongst them. Oh, and a conductor, conducting. It’s like a musical version of the 12 Days of Christmas. There’s no doubt Field Of Reeds always felt like an incredibly intricate thing, built from all manner of pieces, but the visual manifestation of that brings it home in astonishing fashion.

One of the most startling aspects of the performance is that every part has a part. If you were being particularly critical, there are a couple of occasions where Jack Barnett’s vocal was slightly more buried than it should have been, but for all of the elements which could be overwhelmed, that’s one which can be managed. Even on the record, Barnett’s bluntly matter-of-fact murmurs are cast pretty low, allowed to be overgrown by the other elements.

The result is littered with beautiful moments. The horns on Fragment Two that pierce the twinkling piano lines. The way The Light In Your Name moves between moods of glacial calmness to literally glass shattering, beat barraging fury. The silence that accompanies Elisa Rodrigues’ voice during Dream, as hundreds of people clutch their pins tightly lest they interrupt her. The deep, baritone choral moan that introduces the poignantly despairing title track, lower than Gregorian Monks 20,000 leagues under the sea. As the album is dispatched in order, it feels alive and organic, and even more impressive.

If you were desperate for an analogy for where These New Puritans now are, that magnetic resonator piano does a fair job of capturing the essence of it. A classical instrument augmented by technology to produce something else. Something uncategorisable.

For the encore they point their assembled masses at some older songs and unleash hell. Three Thousand and We Want War, from 2012’s Hidden, are magnificent, matching George Barnett’s brutal drum assault, raining down on with the unforgiving weight of an artillery attack, with elegantly undulating classical sections.

They really do stand alone. Genuinely. Most of the time when it’s said, it’s 20% hyperbole and 80% laziness, more or less “that at this time I can’t be bothered to think of a band like this one”. But here and now it feels damn near impossible to think of another band like them. Brilliant, baffling and agog making. Original, ambitious and wildly talented. These New Puritans are following their own path. Long shall they roam.