by Tim Lee
published: 7 May 2015 in Live Music Reviews
Tweet 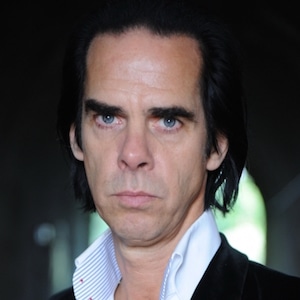 It’s as if every time an artist with more than a few years’ experience and more than half a dozen original songs does something new that isn’t entirely shit, there’s a tendency to proclaim them as being “at the peak of their powers”.

Is this Nick Cave at the peak of his powers? Across all periods over the past 30 years, four bands, two novels, several soundtracks, the odd screenplay and quite a few albums, is this, right here, right now as good as Cave has been or is going to be? That suggests a level of comparative knowledge of a career which you’d imagine would be beyond the reach of most. Not to mention a clairvoyance that you’d warrant would be better suited to something more useful than predicting what a musician is going to do next.

Is this Nick Cave at the peak of his powers? Critically, his stock has never been higher. Last year’s film 20,000 Days On Earth managed the neat trick of being both revealing and obscuring, building up the mystique as well as showing more of the man than we’d previously seen. 2013’s Push The Sky Away is simply a great Bad Seeds album – experimental and progressive – and another stylistic shift from a band who’ve made a few of those and yet whose reliability has been pretty much bulletproof. Yes, including Nocturama.

Is this Nick Cave at the peak of his powers? Well, that depends on what you believe his greatest powers are. Or were. There’s no doubt tonight that there’s an undeniable aura of messianic charisma around him. Just look at the the hordes of hands grasping for him as he prowls the lip of the stage. Hands attached to crowd members who remained seated for about as long as it takes for him to stride from the wings to the centre, rushing the stage, desperate to be near.

There’s something immensely impressive about how Cave manages to stay away from sinking into the kind of easy-going comfort zone that most ‘heritage’ acts slide towards. Particularly as it’s hard to frame this show for anything but that. A victory lap through past triumphs, albeit with some of those triumphs being slightly less aged than others.

The Weeping Song, one of several performed by Cave alone at the piano, has an grandiose majesty. Red Right Hand is wonderfully crepuscular and malevolent. Brompton Oratory, introduced as “a song I wrote when I was pretty pissed off” doesn’t come over as angry, but as you might imagine angry would look after nigh-on 20 years and an awful lot of water has passed under many, many bridges – sad, but with a knowing sense of calm acceptance.

There are quite a few from The Boatman’s Call. Black Hair, accompanied by Warren Ellis on accordion – further indication that if there’s an instrument Warren Ellis can’t play, no one has yet told him – is tender and sweet, while the creaking violin and fluttering heartbeat rhythm of West Country Girl is yearning and darkly romantic.

They still feel absolutely vital. Cave successfully extracts new meaning out of old material, succeeding in maintaining an element of surprise in songs which we’ve heard countless times before. The jabbing From Her To Eternity steps masterfully through changes in dynamic, the creeping verse launching into a shock and awe chorus charged with energy, while Tupelo is absolutely vicious: a thunderous intent carried on Martin Casey’s burbling bassline.

But the songs from Push The Sky Away resonate loudest. Higgs Boson Blues lurches into life; at first slow, sticky and languid, it then builds in intensity and volume before delicately playing out into a whisper-quiet conclusion, while Jubilee Street is utterly majestic, flaying itself into a lunatic climax of noise and fury.

After which, the encore is a bit stilted. Despite a jolting, heavyweight Jack The Ripper, laden with portent and sung by a choir of reprobates, despite a lovely version of Avalanche (“the first song The Bad Seeds ever recorded”), there are a few misfires. Breathless feels slight, The Lyre Of Orpheus feels rather flat and Push The Sky Away feels cut down in its prime.

Although, given that’s after two and half hours, a small cut is easy to forgive. Particularly as this absolutely is a truly brilliant performance by a remarkable artist. Is this Nick Cave at the peak of his powers? Maybe. Is this Nick Cave in bristling, rude health? Absolutely.