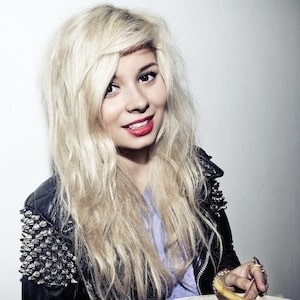 Anyone that tunes in to Radio 1’s weekly round-up of the official Top 40 would be able to tell you that the charts increasingly feel like they belong to the young. Indentikit dance-pop club fodder, an exodus of aging DJs from the Radio 1 fold, to be replaced by voices that sound barely fresh from university, a pre-disposition toward teen-friendly acts; inviting them back as guests time and time again. It’s all so very, very young.

For the most part, Nesbitt’s tunes avoid the kind of MOR mire that seems to have since consumed the careers of the initially-promising Amy Macdonald and KT Tunstall, instead offering a more energetic, poised take on the whole bonnie Scottish songstress framework. Nesbitt may be young – with songs that feel like tales straight from the pages of Go Girl! magazine – but musically, her tracks are already strikingly full-bodied. Balancing both accessibility and depth, there’s a strength to Nesbitt’s performance tonight that already far outshines the mournful plaintiffs of her closest peer – Gabrielle Aplin.

No, if there’s anything that characterises Nesbitt as a singer, it’s optimism – a joyful my-first-gig aesthetic, the audience here today standing as the Little Mix generation woken up to the sound of the electric guitar. Songs like previous single Boy and her new effort Stay Out perfectly capture Nesbitt’s happiness-in-a-cup enthusiasm – pop, through and through, but trimmed free of the excesses of weightier major-label fare.

As for highlights, 18 Candles is an obvious standout –coming on like Taylor Swift swinging a Deacon Blue track – whilst humorous kiss-of Ex is more reminiscent of the View. It’s left to the gloriously upbeat We’ll Be Back For More and its promises of cheap champagne to elicit one of the best responses from the –largely teenage – crowd tonight.

If Ed Sheeran – who shares a producer with Nesbitt in the form of Jake Gosling – has cornered the market in matey, adolescent acoustic whimsy, then Nesbitt presents a timely feminine take on the same vein of tunecraft. With so many airy, ethereal-voiced youngsters content simply to bang out piano ballad covers of old favourites, Nina Nesbitt presents an infinitely more spirited alternative, and for that at least, we should be thankful.