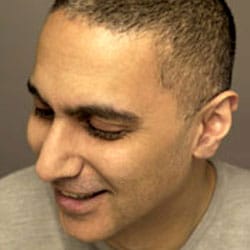 While this idea still remains imbedded in the Proms’ethos today, the public that Newman looked to reach out to has changedbeyond all recognition in the previous 113 years.

A quick look at the BBC’s coverage of the Last Night Of The Promsevery year confirms a worrying sense of nothing having moved forward -the music remains the same, and so does the audience; predominatelywhite and middle-class, waving union jacks as if their lives dependedon it.

The BBC’s Electric Proms initiative, basically a way of drawingdiverse acts to Camden for a five day televised jamboree, attempts toreaddress that balance with “new moments in music”, although the line-up still leans towards thepredilections of the white middle classes.

Sawhney’s records have suffered, both critically and commercially,since his MOBO-winning Prophesy in 2001. New album London Undersound,one of the first in the UK to deal directly with the July 7 bombings,has been hailed by many as a return to greatness, and of the foursongs he plays from the record it seems that there may be life in themusical polymath yet.

Lead single Days of Fire is a particular highlight – Sawhneyinviting reggae singer Natty onstage to deliver a moving lamenton the bombings. With the backing of a full string orchestra, Natty’ssubdued “Then it all went slow motion, everything slow motion/ Firstthe flash of light then the rise of emotion” takes on an almostunbearable poignancy, a very personal view of an event ingrained inthe minds of everyone in the hall. The irony that the Roundhouse is aformer train shed is not lost on the performers – huge screens behindthe orchestra show pictures of faceless people moving about stationplatforms.

Sawhney himself is an ingratiating, but extraordinarily humblepresence. Perched on a stool in the corner of the stage, his actionsare largely based around playing classical guitar and welcoming guestvocalists to the stage – of which there are many. World musicsuperstar Natacha Atlas arrives onstage, despite suffering fromglandular fever, to deliver a haunting Moonrise, and Sawhneygraciously turned the stage over to Ravi Shankar‘s daughterAnoushka Shankar for a couple of protracted sitar work outs – she squattinglotus position-like on a giant Persian rug. There’s no sign of recent album collaborator Paul McCartney though.

It is a mark of Sawhney’s talent that the real highlights of thisconcert – certainly for his fans – were the ones that he dispensedwith guest vocalists and went it alone. The Conference is astuttering, pounding song built around handclaps and mutteredconversations which sends the audience into raptures, while at heother end of the scale, encore Prophesy sees a remarkable face offbetween Sawhney’s classical guitar and a tabla player.

The performance, like its audience, is a wonderful affirmation ofthe breadth of British culture. At one point, in front of where we’re issitting, a vast Indian family are pogoing gently to the bluesy Deadman.In the middle, a lean, balding figure slaps his hands in time to themusic – it is artist Anthony Gormley, the man responsible for London Undersound’s artwork.

If tonight has proved anything,it is that the Proms may still have a future at the heart of Britishculture, even if the future may be electric. Tonight, the audience iswaving lighters, not Union Jacks. And that is something to be proudof.