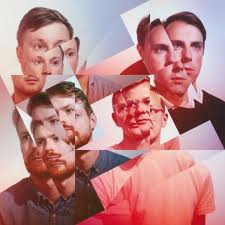 Django Django are an odd headliner for this year’s NME Awards Tour, not because they’re not ‘big enough’ – Brixton Academy’s going-mental audience is proof enough of that – nor that they’re not good enough, having spent the last year casually stealing every festival they’ve played across Europe. They’ve got the tunes, the profile and the credibility in spades. What they don’t seem to have is a foot in the past, and that makes them stick out on this bill like Morrissey at a My Little Pony convention, as the other three quarters of the line up oscillate wildly between 1964 and 1992.

Take openers Peace, one of NME’s stated great hopes of the year. The opening slot at the NME tour is always somewhat hallowed – Franz Ferdinand, Kaiser Chiefs, Florence And The Machine and Coldplay have all pulled the “10 minutes after doors” shift, (although so have The Thrills, Starsailor and Mumm-ra). For Peace it’s about 1992. They’re essentially The Charlatans covering Smashing Pumpkins’ Gish.

Then there’s Palma Violets. Palma Violets are a temporal nightmare, they’re all organ-drenched psychedelia played with punk rock fury, a foot in 1968, a foot in 1985’s wall of feedback Jesus and Mary Chain-isms, a hand in ’77, and another in the cartwheeling chaos of the early Babyshambles shows of 2003. It’s like they’re playing indie-band twister. Maybe the combination is what makes them 2013? Whatever’s happening it’s doing the job. On record they’re a baritone La’s; live, they’re bloodthirsty, furious. It’s arguably the gig of the night.

There’s no debate on the era Miles Kane inhabits. Recently dubbed, rather unkindly, as “Bradley Wiggins without the tunes,” the Mod-son has his heart in the late ’60s, as ever. Bedecked in a sharp silver suit like a bacofoil Paul Weller, Kane delivers a solid set of R&B rock with a sprinkling of harder edged new material. The rapturous response that greets Inhaler (the best song Ocean Colour Scene never wrote) and a closing Come Closer show his swaggering ‘proper songs’ ethos is doing its job, but it’s too soon to say if he’ll ever be more than mod revivalism and scouse cheek.

Finally there’s Django Django, listed as headliners and given the elaborate stage setting – lasers, video screens – to match the billing. Django Django don’t sound anything like the past at all, though their garish matching shirts and projected smileys have the smack of Timmy Mallet at an early rave, their sound itself could only have come from the present day, its mix of percussion-led psychedelic breakdown in Skies Over Cairo, the surfy guitar pop of Life’s A Beach and the dance floor friendly stirrings of Storm create something that references the past but doesn’t live there. Django Django are indie’s natural evolution, and one that’s not lost on Brixton tonight. They’re endearingly pleased to be here too with Derry-born singer Vincent Neff telling us how much of a “big deal” this is several times. If it’s a big deal, Django Django are equal to it – a year of hard graft on the festival circuit especially has given them a confidence and a sheen that matches their sparkling, groove-led pop.

The whole evening is a fitting snapshot of what British ‘indie’ is at the minute, which is after all what NME is for, partly stuck in the past but with an eye on its future. Palma Violets may be straddling the two, but Django are comfortably forward thinking, and while the former are pure energy and sickeningly youthful vim, tonight’s headliners are about the classy delivery of well constructed modern pop songs and, as 2,000-odd kids collectively lose their shit to the transfixing womp-womp of Waveforms, it’s clearly translating. WOR’s layered rockabilly rave-up is a fitting close to tonight’s proceedings, liquidizing the entire history of pop and making it refreshingly new. Tonight we’re gonna party like it’s 2013.