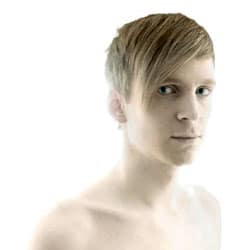 If there were a vacancy for the missing link between Philip Glass and Sigur Rós, 21-year-old Ólafur Arnalds would at least be back for a second interview.

His child-like, neo-classical piano melodies, black and white until coloured in by his string quartet’s emotive strains, call to mind Sigur Rós’s innocent, uplifting, reflective side – it’s no surprise that he’s already supported them on tour.

But where his Icelandic compatriots bring in vocals, guitars and a rhythm section to unleash a sense of weather-stoked drama and ensuing contrasts, Arnalds seems keener on teasing out the nuances, the bits between the bits, in a bid for catharsis.

It’s to Glass’s pizzicato stabs and sense of leftfield rhythm that Arnalds seems to turn when his music verges on the beige. Even then, at any moment his creations’ fragility could be unhinged by the merest breeze. Much of this material is almost too frail to be allowed outdoors; for the most part it’d make useful mood music for tearful cinematic farewells.

Tonight Arnalds’ equally delicate frame is wrapped in a grey cardie as he tinkles the Union Chapel’s grand piano, playing stark, singular notes. Next to him a Macbook hums away, controlling an array of inputs from devices set atop the piano. In front of him sits the string quartet, poised, bows slowly coursing across each fibre of their strings.

The Union Chapel’s atmospherics give rise to a sense of spiritual reverence of course, but Arnalds’ music uses this to his advantage. His debut album Eulogy For Evolution charts the course of life to death, and tonight’s material is drawn largely from it. The short set, over save the encore by 10pm, mixes these compositions with a smattering of tracks from follow-up tour EP Variations Of Static. These add a chink or two of electronic sampling – rain, dead machine voices, drum skits that could be straight from Björk’s Vespertine – to the essentially classical set-up.

Arnalds’ track titles are all four-digit numbers and, in a concert environment, difficult to dredge from memory and apply to songs played. The album is by its subject intended to run as a cohesive whole, so perhaps this is deliberate. Yet throughout there’s little divergence from the floaty, cotton-wooled feel to Arnalds’ core sound. Between tracks he apologetically lisps about missed button depressions, interrupting the pin-drop silence.

The short set ends with bird-like light shapes ascending the chapel’s walls, like departing spirits flying back to whence they came. For the encore he replays one of the tracks he reckons he messed up first time. “All I had to do was press a button,” he self-admonishes, shaking his head. In keeping with the low-key performance generally, there’s no drama second time round.