by musicOMH
published: 29 May 2018 in Live Music Reviews
Tweet 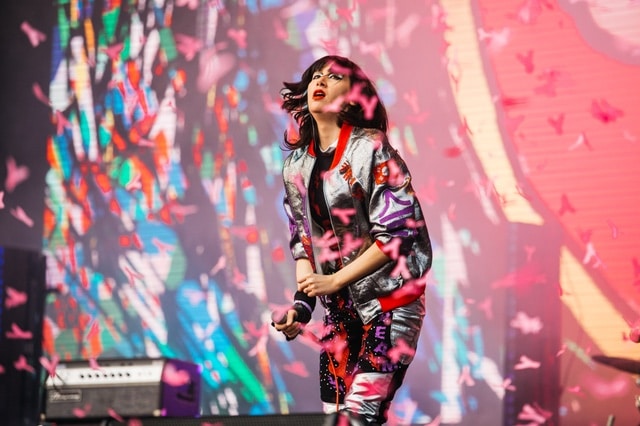 The behemoth of a festival that is All Points East landed in Hackney’s Victoria Park to kick off London’s 2018 festival season with big-name signings and midweek free events, and in so doing saw off longstanding festival residents Field Day, Lovebox, Citadel and Mighty Hoopla to scattered locations south of the river.

Set up by the people behind BST Hyde Park and Coachella, All Points East had the budget and the space to do what they saw fit, with two weekends at the start of summer.

Our panel of writers, Matt Beattie, Max Raymond and Michael Hubbard, considers some of the resultant talking points. 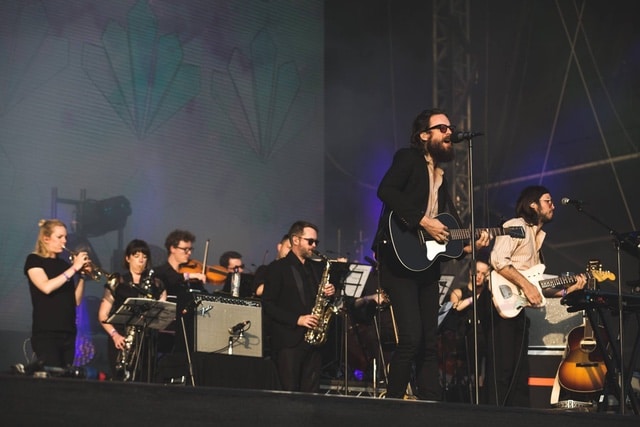 The inaugural weekend of All Points East festival came and went in a bombardment of flashes, as anyone who stayed for the headliners on Saturday and Sunday can attest. The atmosphere crowd-side throughout was skewed charmingly Gen-Z-earnest, although some of the line-up choices (*cough* Beck *cough*) felt arguably a little out of place. Still, the highlights were plentiful.

From Benin City decimating the up-close-and-personal Jägerhaus stage with their primary-coloured protest tunes, through to Lebanese art pop outfit Mash’rou Leila demanding the crowd let the Arabic speakers in the audience lead a call-and-response during songs tackling oppression of LGBTQ+ citizens in their native Beirut, All Points East didn’t shy away from promoting artists with a cause.

Next year I hope to see a line-up that puts these non-legacy acts front and centre as a means of developing a more cohesive identity for the budding festival.

The return of Yeah Yeah Yeahs, heralded by the unmistakable guitar siren of Y Control, is a reminder of how thrilling their back catalogue is. All the hits are here. For every majestic Zero and Maps, there’s a glistening Soft Shock or a slow-burning Gold Lion. Karen O is as incredible a lead singer as she’s ever been. It’s been a long time since their last record, but this is the kind of performance that leaves one eager to see what a newly revitalised Yeah Yeah Yeahs would come up with.

And it underlined that All Points East’s debut year is so far a solid, if not quite spectacular, one. In future years, more headliners across the stages would be welcome, although that would require changing what is already a well thought out layout. The sound levels throughout were also very impressive, given the constraints within which the organisers were clearly working – it was a refreshing change to not want someone to turn up the volume if watching from the back. 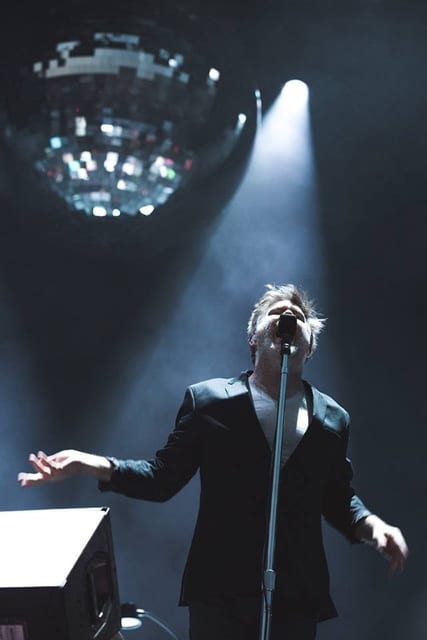 Plentiful bars complete with ales on tap, no queues for toilets, well organised entry, no soundbleeds between stages and a relaxed atmosphere in which to see both seasoned headline acts and up-and-coming future stars summed up All Points East’s end of the bargain. It was greatly assisted on its opening weekend by being mercifully spared more than one near-passing thunderstorm. Some unfortunate clashes – hightailed hoofing was required to get from Father John Misty to Beck and back again in time for Björk – were the exception to the rule, as generally the schedule seemed created to avoid such drama.

The stages were all noticeably different; from Despacio‘s mobile indoor disco speaker henge to the vast marquee of the West Stage, to the Jägerhaus’s two-floor party joint and the giant 360 degree X Stage, and on to the outdoor North and East stages, it was always clear where you were. Nature lent a helping hand beyond keeping the rain off; during Björk’s all-the-flutes-forever spectacular a lightning-bolted thundercloud floated serenely to the north of the site while a full moon gazed placidly down from the south, and throughout the daytime the balmy temperatures helped hugely to create a happy vibe.

And while the headline sets seemed curiously short – LCD Soundsystem‘s Friday night ended without goodbye or encore, seemingly cut down in its prime after All My Friends – the variety of a bill featuring Flying Lotus‘s 3D show, Björk’s visually stunning performance and the welcome returns of Beck, Friendly Fires and Yeah Yeah Yeahs alongside discoveries such as Khruangbin meant there was plenty to see and do, even if the afternoon schedule felt a little thin for those of us more used to Field Day’s book-everybody approach. With Nick Cave & The Bad Seeds and The National headlining nights the following weekend, All Points East have set down a marker of sorts on the London festival diary. But now they have this slot, they would do well to better define what makes their offering stand out, relative to those displaced from this most storied of parks.