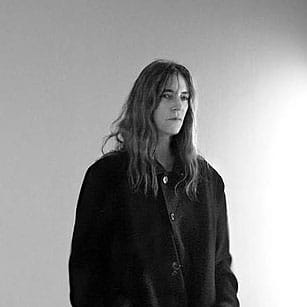 The opportunity to see the Godmother Of Punk perform in such intimate surroundings as Oxford’s Holywell Music Room is something of a rare occurrence and the early afternoon brings forth a smattering of lost souls in search of a spare ticket. Only a lucky few actually get to skip joyfully inside, rightly anticipating something special.

As soon as Patti Smith steps on to the stage the room crackles with excitement, and Smith herself seems to exude a magical charge. As the audience assume an awed hush, Patti informs us that she’ll be reading excerpts from her recent book Just Kids, a memoir about her relationship with artist Robert Mapplethorpe, and playing a few tunes for good measure.

With a lamp positioned just behind her, her long hair cascading over her shoulders and her glasses balanced precariously on her nose, she reads with passion and perfect timing – looking just as iconic as the Patti Smith that graced the cover of Horses. Uttered in a delicious New York drawl, each sentence is perfectly formed. At times they’re clipped economically to maintain a riding rhythm, but there’s always room for vivid imagery in her words that bring the stories to life. Whether it’s the swan that she sees with her mother in her youth, the vivid depiction of the ocean she conjures later, or a poignant symbol of a rose, Patti Smith’s prose always retains its poetry. It’s no surprise that the stories feature the likes of Allen Ginsberg and William Burroughs or that the pipework in the men’s room has been adorned with long stem red roses. There are symbols everywhere tonight.

Many of the tales she tells tonight are filled with sorrow, and death seems to be around every corner. The first real musical high point of the evening comes with Birdland. Smith speaks at length about her former pianist Richard Sohl, and the creation of the song in the studio. Such is the size of the room, she’s able to show the audience a picture of him from a book in which she’s apparently written the words for Birdland as though it were a cribsheet. She clutches the book to her chest as the piano fills out those familiar progressions, then throws it to the floor as the song reaches its climax. “Don’t leave me,” she hollers in a voice that seems barely to have barely aged since the song was first recorded. Taken over with emotion, she becomes more animated, intensifying the performance and creating a real sense of tension within the room. It’s such a vigourous outpouring that some audience members can’t watch, while others can’t look away. It is both voyeuristic, and thrilling – a truly stunning, almost shamanic moment.

Despite the shadow of death being everywhere, there are moments of joy too. The impassioned Because The Night becomes something of a singalong, with Smith launching from the stage and encouraging the audience to join her for the choruses. It was the song that made Mapplethorpe happy, she says, grinning, as he knew that Smith had “made it” when it became her first hit. “Oh Patti, you got famous before me,” she whines, impersonating Mapplethorpe with great humour.

She talks about a piece of opera that she caught on YouTube recently – “an aria for a coat” is how she explains it. Leaving the stage behind, she moves to the centre of the room and attempts to sing her own version. Initially she fluffs it, jokingly muttering “gee I wish I hadn’t bought this now” before delivering a perfect rendition at the second time of asking – a wicked grin spreading across her face. To hear her voice un-amplified echoing lightly from the walls is a spine tingling moment.

She finishes with a reading about the recording of Dream Of Life, which she describes as a lullaby. Her voice cracks as she reads, clearly affected by the remembrance of the loves of her life – Mapplethorpe and husband Fred “Sonic Smith” – both in the control room as she recorded the song. Finding a similar space to that from which she delivered Birdland, the song’s images of “little blue star that offers light” evoke the spirit of Mapplethorpe as she sings. Sometimes passion is used all too often to describe performances, but as the song comes to an end, no other adjective will do.

She leaves the stage to a standing ovation, the audience obviously affected by a performer who clearly has no pretensions. Tonight, Patti Smith told stories of some of America’s greatest contemporary artists and poets, and left the audience in no doubt that she is among them.