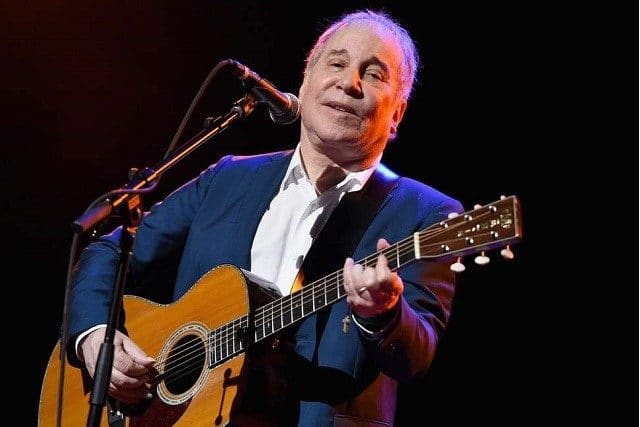 Main support James Taylor, perhaps the quintessential early 1970s singer-songwriter, boasts a back catalogue almost as familiar as Simon’s and he delivered a top-class selection of its greatest moments to an adoring crowd with customary grace and polish. The lustrous locks of his heart throb youth may be gone but his effortless, gliding voice is holding up well as he enters his eighth decade and from the start he and his band were bang on form.

Signature songs Carolina on My Mind and You’ve Got A Friend arrived early, along with another Carole King stalwart, Up On The Roof. The rollicking jazz-blues of Steamroller and mariachi horn section on Mexico (complete with players wearing sombreros) raised the tempo agreeably before Taylor peaked with outstanding renditions of the enduringly lovely Sweet Baby James and Fire and Rain. The rest of the set kept the bar high without ever quite scaling these heights again, although interestingly the biggest cheer of the day was reserved for Taylor’s highly topical between song observation that ‘there is another America, it’s bigger, it has a soul and it will be back.’ 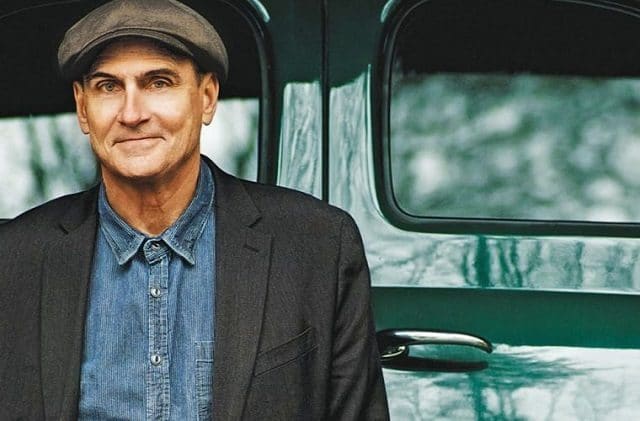 Earlier on, blues-rock queen Bonnie Raitt, all flowing red hair and easy-going sass, strutted gamely around the stage in the punishing afternoon heat, belting out a strident set of well-chosen covers. INXS’s Need You Tonight and Talking Heads’ Burning Down The House were impeccably performed by the now 68 year old Californian and her accomplished backing band, but it was the more understated Angel From Montgomery – a John Prine-penned wistfully nostalgic slice of country first popularised by Raitt back in the ‘70s – that will linger longest in the memory.

In between, former Keane front man Tom Chaplin, performing on the neighbouring Barclaycard stage, seemed a figure simultaneously appreciative of and held back by his past. Polite attempts to engage the audience with his pleasant but eminently forgettable solo material met with limited success – a situation he wryly acknowledged after delivering a rousing Everything Changes by introducing himself as ‘the bloke from Keane.’ Although blessed with a fine, soaring voice, Chaplin’s overwrought soft-rock anthems no longer connect as they did in the halcyon post-Coldplay days of the early 2000s, and his struggle was epitomised by his jokingly self-deprecating reference to his former band’s splendid, standout song Somewhere Only We Know as ‘written by Lily Allen’ – essentially defining his career by a John Lewis advert. 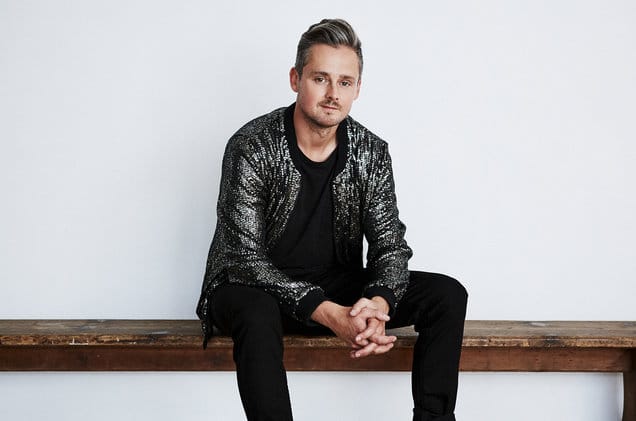 When Paul Simon comes on stage and opens his set with America you get the sense that what will be the last show he will ever perform in the UK will be one that celebrates his entire career. And he doesn’t disappoint, regularly dipping into Simon & Garfunkel tracks throughout alongside his own remarkable solo output.

America’s dreamy notions seem a world away from the USA of 2018 under their divisive president whose visit was protested in this city just a couple of days previously. Boy in the Bubble also feels simultaneously out of time and gloriously pertinent in its chaotic visions of soldiers by the roadside and bombs in baby carriages jauntily anchored by the assurance that “These are the days of miracle and wonder.”

The searing weather, of course, collaborates in bringing the sunny disposition of Julio in the School Yard (and much of the other material) to its ultimate florescence. In fact, as the sun begins to dip beneath London’s skyline the softening of its unforgiving heat and glare is somewhat of a relief, not least to Simon who is eager to remove his shades. He cuts a relaxed figure on stage, and one whose voice and moves belie his 76 years on this globe, which makes the gig’s finality even more regrettable.

Rather than exclusively rely on past glories and fan favourites, Simon plays a truly career-spanning set, and that’s just as well as the cool grooves and lightly worn humour of Wristband from 2016’s Stranger To Stranger prove there’s plenty to relish in his later material.

That said there are some wonderfully eye-widening moments harvested from decades ago. Simon introduces one such instance as his time to reclaim (and sing) a song he wrote almost 50 years ago. While his vocal on Bridge Over Troubled Water doesn’t necessarily have the soaring, spine-tingling quality of Art Garfunkel’s, it has its own warmth and effortlessness. Equally, the arrangement eschews the sentimental drama of the original for something with more groove. And these contrasts do little to dampen poignancy of the track, for even the hardest of hearts.

The first set draws to a close with a triumphant double whammy. Both Diamonds on the Soles of Her Shoes and You Can Call Me Al, get the rapturous response they deserve as folk energise free of the beating sun and bathe in the nimble dexterity of Simon’s band and the benevolence of the songs.

The encore features another crowd-pleasing pairing with a soothing Still Crazy After All These Years and luminescent Graceland. The latter’s genius was brilliantly played out in the animated rhythms that act as a foil to its moving meditations: “Losing love is like a window to your heart/everyone can see your blown apart.” Its stirring evocations are a primer for the second and final encore that sees Simon delve further into his enviable oeuvre to truly ensure he’s got every last sweaty body right in the gut.

Homeward Bound, as an obvious nod to his impending live retirement, could have felt a little cloying, and although he could be forgiven a smattering of schmaltz, in his hands it feels wonderfully celebratory. The Boxer and American Tune are unapologetically nostalgic and sentimental, but it’s left to the bleaker prospect of The Sound Of Silence to close proceedings, which gives a real sense of the gravity of his monumental career and the sadness that comes with his gently winding it down.

Paul Simon is in possession of a songbook that few can rival, the fact that this performance was the last on these shores is deeply lamentable, but it was also a balm for bruised times. His final live gift in the UK was a generous one.