by Ben Hogwood
published: 28 May 2010 in Live Music Reviews
Tweet 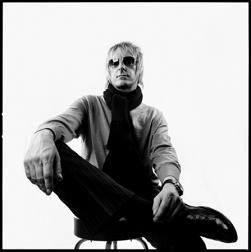 Having proclaimed his intent to ‘wake up the nation’ in an ambitious album of the same name, Paul Weller has been holed up in the Royal Albert Hall for five nights, bringing songs old and new to an audience reflecting each of the four decades in which he has been making music.

Some of his devotees even dress like him, and style their hair like him – but crucially they tend to fall short of imitating his svelte figure. Figure and music go hand in hand in Weller’s case, however, for there is remarkably little padding in a set that numbers close to 30 songs and lasts nigh on two and a half hours.

Naturally the new songs take precedence, with Weller effectively offering the caveat that his audience will hear the new songs and like them, then go out and buy them if they haven’t already. The newest material cuts the deepest, with the ex-Jam singer barking out Fast Car Slow Traffic and Grasp & Still Connect.

Trees, meanwhile, is startling in its ambition, a five part suite that moves at blistering speed through contrasting musical styles without offering any progressive rock excess. It’s Weller’s strongest performance of the night, but many run it close. These include a terse From The Floorboards Up, a much better song live than on record, and Black River from previous record 22 Dreams, with a beautifully pointed piano solo.

The back catalogue is modestly glossed over but predictably gets the most vociferous receptions when aired. High among these is a joyous Style Council chart topper Shout To The Top, topped off, if you like, by the sweeping bows of the Wired Strings. The Jam’s Start! is predictably punchy, while Broken Stones is loose limbed, Weller breaking the flow half way through to eulogise with a spiritual. Meanwhile the gig’s reverie, You Do Something To Me, is graceful and elegant, with Weller seated at the piano.

Perhaps inevitably all these are topped by the final burst of Town Called Malice, pumped out with the same rugged contours with which Steve Cradock and the band began over two hours previously. Weller may not be in the mood to point out how politics have come full circle since he started, but he’s certainly been spoiling for a musical fight – and the crowd are delighted to take the punches, in a performance full of verve and vigour.