by Andy Baber
published: 13 May 2016 in Live Music Reviews
Tweet 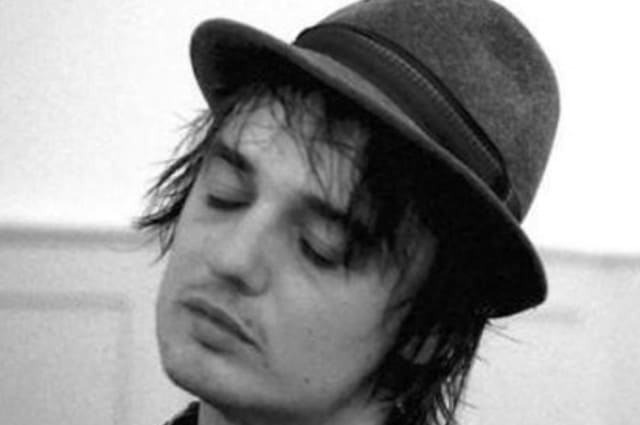 Things have been pretty good over the last two years for Pete Doherty (or Peter as he’d prefer be known for his Eudaimonia Tour). Since the proper reunion of The Libertines in 2014 – rather than the cash-grab 2010 reconciliation – Doherty’s name has largely been in the news for the right reasons, such as the band’s triumphant Glastonbury and Reading Festival performances and their impressive third album, Anthems For Doomed Youth.

Admittedly, there were the cancelled shows towards the end of last year due to anxiety attacks, but according to a statement from the band, they were normal reactions to stress taught to Doherty during rehab. Since then, he has returned to the stage with The Libertines for more shows around the world and revealed that he is working on a follow up to his critically-acclaimed debut solo album, 2009’s Grace/Wastelands.

While he continues to put the finishing touches to that second LP, Doherty announced five live dates to debut new material, starting with the O2 Academy in Bristol. And what better place to kick off his solo return than the venue he had graced with The Libertines just eight months earlier? That night captured the legendary quartet at their sweaty, shambolic best and was probably one of the best shows the venue had hosted in years.

However, it was clear from even before Doherty took to the stage that his return to Bristol was going to be a different affair. First off, the main room did not appear to be at capacity; it was certainly a long way off the crush that preceded The Libertines’ arrival back in September. Then there was the crowd itself, which was noticeably flat and, to be honest, pretty disrespectful during large parts of the gig.

It looked set to be another evening to remember when Doherty sauntered onto the stage – even if he was 20 minutes or so late. He was greeted with a hearty roar and proceeded to debut tracks from his upcoming record, with backing from fellow Babyshambles member and bassist Drew McConnell, Miki Beavis on violin, KVD on piano/keyboards, Stefany Kaberian on accordion and Rafa on drums.

Doherty seemed to be in fine form and as accomplished as he has ever been, with his signature guitar flourishes sounding better than ever. The Whole World Is Our Playground, which is the first official single to be taken from the as yet untitled second LP and was released on Record Store Day, was one of the highlights from the new material, with its jaunty guitar riff and shuffling beat perfectly in keeping with Doherty’s languid vocal.

There were also airings for Arcady and Last Of The English Roses from Grace/Wastelands, with the latter receiving a big reception thanks to its anthemic chorus. Another favourite was You’re My Waterloo, the Doherty-led ballad at the heart of The Libertines’ third record. The beautiful piano melody soon had everyone singing “you’ll never fumigate the demons” along with Doherty, who demonstrated just how emotive his vocal can be.

Yet it was not long before the atmosphere turned sour. The problems began when Doherty started to play his poignant tribute to Amy Winehouse, Flags Of The Old Regime, which he preceded by asking for some quiet as they’d “really rehearsed this one”. His frustration at the constant chattering quickly escalated as he then announced: “Give it a listen yeah or fuck off, the door’s over there.”

This was followed by Doherty and his band playing an intro that lasted for several minutes as he waited for the noise to die down, before eventually playing the song anyway. From then onwards it was clear that Doherty had lost interest and while he served up fan-friendly renditions of Babyshambles’ Albion and Libertines’ classic Time For Heroes, it was not a huge surprise when the encore was cut entirely.

Leaving the stage to customary shouts of “we want more”, Doherty replied “of course you do” before reminding the crowd that he had played eight new tracks. It was a strange end to an odd gig. Perhaps Doherty should have carried on regardless, but many in the crowd had clearly come expecting a different type of performance – namely, one filled with Libertines and Babyshambles classics – and their conduct as a result was far from exemplary. What a shame.