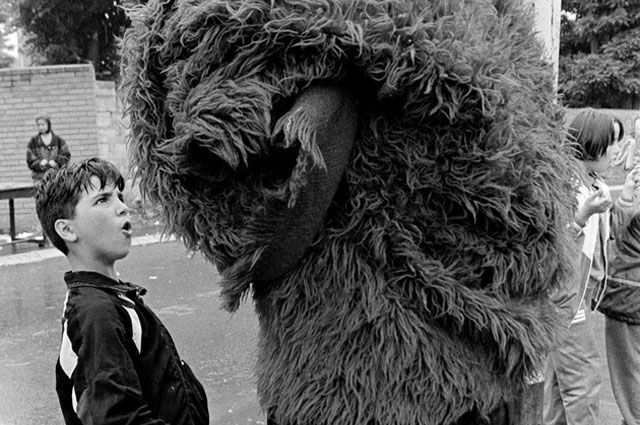 Not PJ Harvey: A photo from The Hollow Of The Hand, a collaboration with Seamus Murphy

Tonight’s show is billed as the ‘world premiere’ of The Hollow Of The Hand: at this adjunct a book of poems by PJ Harvey and photographs by her current main collaborator, sometime Newsweek photojournalist Seamus Murphy. With film clips and songs also presented tonight, what The Hollow Of The Hand actually is remains somewhat unclear.

We learn that it is a body of work still very much in progress, one that will eventually probably encompass the next PJ Harvey album, as well as some sort of film. This follows on from a previous film collaboration between the two, where Murphy made a series of videos for Harvey’s 2011 album, the Mercury Prize-winning Let England Shake, which added much to an already lauded piece of work.

In the years since, the pair appear to have fused their roles somewhat, crafting a partnership of investigative travelogue through areas in the midst of or recovering from war (Afghanistan and Kosovo respectively), or suffering extreme economic imparity (the more downtrodden neighbourhoods of Washington DC). Murphy speaks at one point of how the US capital was chosen because they wanted to “do somewhere closer to home”, a role also described as “journalistic, but not journalism” – but not too close to home, thus ruling out Harvey’s native England and Murphy’s Ireland.

This makes sense in the context of photojournalism, but there are serious question marks over what this act of ‘doing’ means for Harvey’s maturing career. She refrains from commenting directly, and it is left to Murphy, then, to explain from a comfortable looking onstage couch that the trips they make together are ‘research’ for the music she makes, with initial ‘poems’ later transforming into finished songs.

These poems are invariably impressions of the situations and people she has witnessed, with titles like The Abandoned Village and Begging Bowl. While they are not entirely artless, they recall the impressionistic journal entries of the tourist – or perhaps gap-year student, if you were in a particularly unforgiving mood. They inhabit a space somewhere between poetry and prose, yet Harvey’s solemn and self-important readings assert themselves awkwardly in the grand and reverent space of the darkened Royal Festival Hall.

More puzzlingly, Harvey decides to immediately follow some of the poems with the songs that have evolved from them, as with Dollar Dollar and Homo Sappy Blues. This is a risky strategy that threatens to erode the mystery of the songs, while exposing her ‘poems’ as what they really are – verbal sketches formed on the road to her true craft, and the real reason the audience has turned up, namely her songs.

Having spent a month revealing her craft to the public by allowing them, for a charge, to watch sessions for the album in a studio set up at Somerset House, perhaps this evening’s format represents a further part of that process. But there is the frustrating feeling, as the performance skips perpetually between lengthy photographic chat to film snippets, poems and song, that the audience are not to be allowed real immersion in any of them, dissipating any power the material might have had packaged up more discretely.

Move, then we must, to the music – for that is why we have all really assembled here – and the 10 new songs which preview her much-anticipated next album. Harvey’s songwriting craft demonstrates that in the hands of an expert, iffy poetry can be fashioned into some stunning songs, with Medicinals demonstrating a particularly rich lyric. Backing her on multi-instrumental and backing vocal duties were long-time collaborator John Parish and Gallon Drunk‘s James Johnston.

Yet many of these songs feel as impressionistic as the poems, and often exhibit some of the blank stare of photojournalism. While Let England Shake represented a deeply felt meditation, within which the writer could be located, these new songs have the cool eye of the tourist, with any personal involvement, or real empathy with the characters or locations that appear in the songs, in curiously short shrift. Most are in the familiar idiom of swampy blues rock like The Ministry Of Social Affairs and Homo Sappy Blues, with quiet patterns of military drumming adding subtle layers of conflict to Chain Of Key and The Orange Monkey.

Soundscapes from real-life, and old blues records occasionally make incursions into the songs’ beginnings, as the sample of early 20th century Baghdad singer Said El Kurdi did in England. While not used consistently tonight, it will be intriguing to see if this ploy is developed in Harvey’s next album, and what response it might have.

The performance ends with by far the most convincing of the new songs, River Anacostia, named for the deprived neighbourhood of Washington through which it flows. Its chant of “What will become of us” speaks like a prayer for all of the downtrodden peoples we have witnessed in Murphy’s photographs tonight, and its final uplift, coded explicitly as spiritual by a quote from Wade In The Water, ensures that the night, for all its failings, ends on the right note.

Of course, we do not yet know what shape her album will take, and it would be unfair to judge too soon, certainly without hearing the finished material. However, the five year wait that negates any possibility of this album being framed as a side project may well frustrate fans. You cannot help but wonder on the evidence of this evening if PJ Harvey’s long and illustrious music career may finally have entered some very dangerous waters.