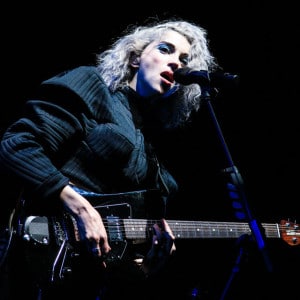 UK festivals could learn a lot from Primavera Sound; here, at the Parc del Forum, laid out by a port in Barcelona, there are few of the traditional festival woes to contend with; there’s an abundance of bars and clean toilets, it’s convenient for public transport and it rarely feels too busy. There’s no over-zealous security staff and stewards (a quick bag check on entry is the only time you see anyone of this sort – after that everyone’s pretty much left to their own devices). But even in Barcelona they can’t control the rain.

With festivals like this, it’s always interesting to see how bands translate across Europe, and the first day of Primavera Sound threw in a few surprises, along with some rather predictable crowds. Pulling in the big numbers were Arcade Fire , who played a massive 21-song, career spanning set, including stunning opener Reflektor, which set the tone for a super slick performance, and St Vincent, who’s quickly earning a reputation for being an incredible live artist – a sort of blend of Lady Gaga and her friend, mentor and one time collaborator David Byrne, she doesn’t play songs, she performs, writhing on stage, staring menacingly into the crowd while she strums the fizzing lines from her twisted fairytales.

Cleverly, the two main stages are set up opposite each other, meaning that as one big name finishes another can start almost immediately, making the most of the Parc del Forum’s space. But it was at some of the smaller stages, with bands lesser known on our shores, that the international musos came out to play and Antibalas, in particular, got things started. Despite their relatively early slot (8:35pm might sound like prime billing but here shows start at around 5:30pm and continue until past 4am), the New Yorkers got a huge crowd on their feet, moving with their Fela Kuti-inspired Latin rhythms, which mix in Nigerian themes with funk and hip hop, wound together by charasmatic frontman Martin Perna. 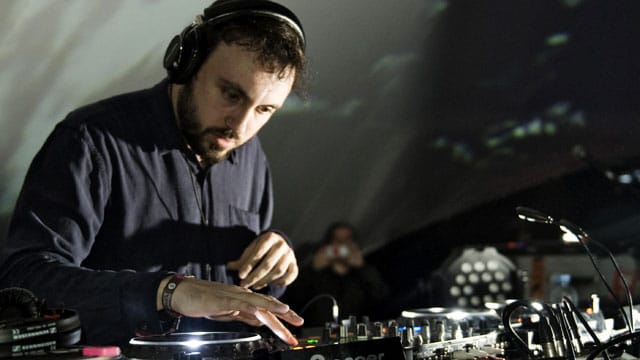 Dublin’s Girl Band make quite a racket (although in the noise stakes they’re not a patch on Touche Amore whose guttural 1:45am performance shook the small but enthusiastic crowd to its core) – they’re chaotic and drenched in furious feedback, recalling The Fall in their more tuneful days. Elsewhere Charles Bradley proves you’re never too old to become a pop star; he released his first album in 2011 when he was well into his ’60s. Not that you’d be able to tell from his performance; he throws back drops and gives the appearance of a seasoned performer; he’s been likened to James Brown and Al Green and, far fetched as that might sound, the comparisons are pretty accurate; smooth, old fashioned soul, those walking past are immediately hooked.

Day two begins with the wonderful John Grant… and an almighty storm. For those who braved the hour-long drenching, it was well worth it. A slow start gradually gave way to a set that showed him at his finest; he’s no easy listen, with music that has a fleeting, playful tone and lyrics that are brutally honest, reflecting his darkest moments. Grant’s intensity is always going to be best suited to small venues, but today’s show feels victorious, and he’s on fine form, dressed in shades and a beanie hat, waving and dancing towards the crowd. Highlights include Pale Green Ghosts, with its fizzing electronics, GMF – which, predictably provokes a crowd chant-along with Grant at the forefront, singing “I am the greatest motherfucker that you’re ever gonna meet” – and set closer, the brilliantly vengeful Queen Of Denmark. 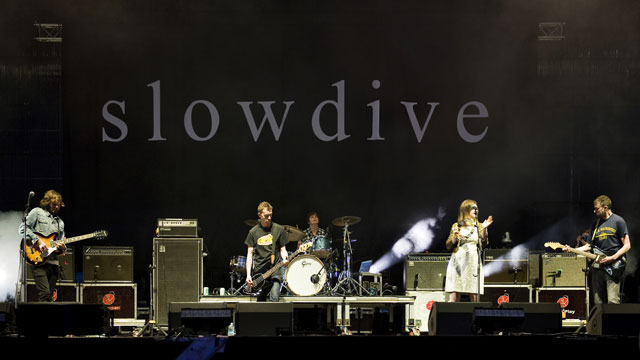 As the rain gives way to a incredibly bright double rainbow, Speedy Oritz look to Sleater Kinney and The Breeders for their 90s college rock sound but are missing the killer vocal that those bands carved their sound around and much of the crowd seems to be heading towards the main stage area in anticipation of Slowdive. Recently reformed after a break of almost 20 years, the shoegazers felt like the headliners, with the atmosphere cranked up to 11 and blue lights flickering across the port. The vocal combination of Rachel Goswell and Neil Halstead is utterly bewitching, their music completely timeless; this didn’t feel like the nostalgic wheeling out of an old band, it felt completely of the moment. Here’s hoping their live renaissance leads to new recordings.

Primavera veterans Pixies have the unfortunate honour of following Slowdive, and as such their set feels completely motorised; a gig-by-numbers. The crowd drift towards the bar, returning to jump around to the biggies; Gigantic, Where Is My Mind, Debaser and Monkey Gone To Heaven. Calling it soulless would be wrong, but amongst tonight’s other shows on the main stages, it felt lacklustre. The National, on the other hand, put their everything into their set, with singer Matt Berninger screaming his way through a stunning version of Squalor Victoria. Other highlights of their 12:30am set include a spine tingling Bloodbuzz Ohio and Slow Show – where they were joined by Justin Vernon, aka Bon Iver. They were later joined by members of The Walkmen for Mr November and Terrible Love, but no special guest could detract from Berninger’s growling barritone which just keeps getting better. 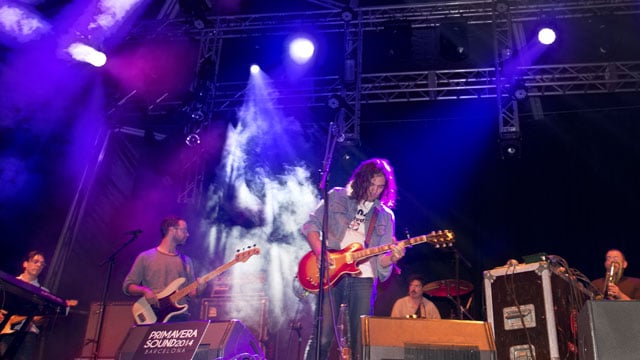 The War On Drugs

On the final day we were spoilt for choice, with Television (performing Marquee Moon), Nine Inch Nails and Mogwai all sacrificed for other offerings. It was noticeably busier with punters too, as the locals took advantage of day tickets, and the numbers swelled to what felt like double the previous days. One of the highlights of the entire festival came courtesy of Blood Orange, who pulled in a huge crowd at one of the smaller stages. The new(ish) project of Dev Hynes, formerly of Test Icicles and his solo moniker, Lightspeed Champion, it fuses together his years of making very different music (he’s most recently been working with Solange and Sky Ferreira). It blends chill wave with R&B; a lush, feel good tapestry of sounds which, rather oddly, includes a cover of Mansun‘s I Can Only Disappoint U.

Dum Dum Girls‘ most recent work, January’s Too True, dominates their set, and it’s a far cry from the upbeat indie pop they were known for. An all round darker affair, it doesn’t translate for a festival crowd, and Hospitality, by comparison, are a breath of fresh air; a mash-up of indiepop, slacker and lo-fi college rock. 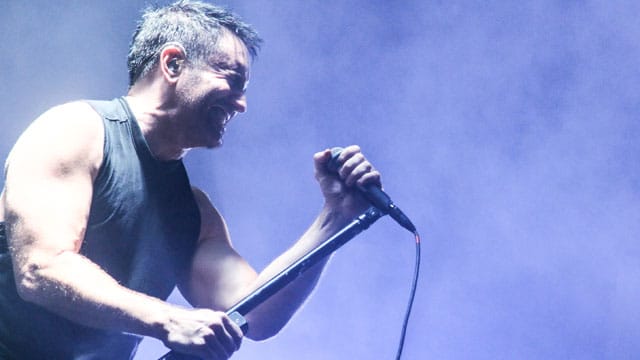 The huge crowd for Godspeed You! Black Emperor was understandable; they were off the radar for a decade before the surprise release of ‘Allelujah! Don’t Bend! Ascend! at the end of 2012. Very little changed in the period between that record and its predecessor, Yanqui U.X.O, and tonight’s crowd use them as an excuse to kick back and sit on the concrete floor, the mobile beer sellers raking in a fortune. Video effects replace the usual live feed on the TV screens as their fizzing cocktail of drones, static, reverb and marching percussion envelopes the crowd; stunning stuff.

Another recent reformation – on the live scene at least – is the Ramones-obsessed Helen Love. Last year they played their first show since 2001 at Derbyshire’s Indietracks festival. Predictably, it went down a storm, and tonight’s show rivals it, as people wearing T-shirts with the logo of their Spanish record label, Elefant Records, pogo away at the front to their hyper bubble gum pop. A pretty special end to the weekend, which yet again proved that music absolutely can cross borders; even obscure, ’90s Welsh indiepop.