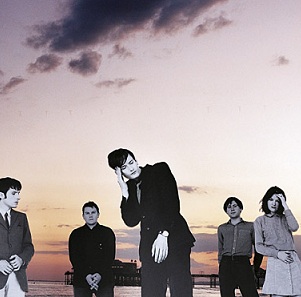 “It’s taken us a while, we know. We kind of took the scenic route. But thebest things are worth waiting for, aren’t they?”

Never a truer word spoken, Jarvis. When Pulp announced their reunion twoyears ago, the expectation around Sheffield was that a homecoming gigwouldn’t be far around the corner. Yet after concerts in London, Isle OfWight, and seemingly every festival in Europe, a South Yorkshire dateremained frustratingly absent. Then, in July of this year, came the announcement that everyone in andaround the Steel City had been waiting for. For the first time in over adecade, since the ‘farewell’ gig at Rotherham’s Magna Centre, themis-shapes, mistakes and misfits were coming home.

Sheffield’s Arena can be, like most of its ilk, a rather soulless venue.Yet tonight it had the atmosphere of a cosy front room, with 30 year oldhome videos playing on a big screen as people streamed into the venue, anda green laser sending messages like “anyone from Broomhill? Right good,this”. Even before the first note was struck, it was a celebratory atmosphere,with 12,000 people welcoming home the finest band to ever come out of thisregion. At 8:30pm, the lights went dim, and after an agonisingly longbuild-up, the curtain dropped and we all remembered the first time.

Age has not withered them – Jarvis Cocker may be touching 50, but he haslost none of his charm and charisma as a frontman. Every song wasaccompanied by a high leg-kick, a spindly finger pointing into theaudience, a spin, a twirl and a lascivious thrust. The rest of the bandwere less showy but sound perfect together, although there’s no sign ofRussell Senior, with Leo Abrahams replacing him on guitar. Since their reunion, each set-list has tended to lean heavy on theclassics. Tonight, given the circumstances, was a bit different. Althoughall the crowd-pleasers were there – Babies, Disco 2000, I Spy – Pulp alsotook us “time-travelling”. So there was My Lighthouse from the very firstalbum (featuring Jarvis’ sister Saskia on backing vocals), the ultra-rareLittle Girl With Blue Eyes, and Countdown from the Separations album.

Yet it was classic Pulp that everyone wanted to hear, and they did notdisappoint. A incredible version of This Is Hardcore was a definitehighlight, with the stage drenched in blood-red lighting and Jarvisvirtually humping the speaker stack, while Common People sent everyone inthe Arena predictably wild. Sheffield: Sex City was an appropriate encore,while the first ever live appearance of Born To Cry, with co-writerRichard Hawley guesting, sounded wonderful. At two and a half hours, 24 songs, and plenty of the patented Cocker stagebanter, it was a long night, but only felt like five minutes. You get theimpression that they could have played all night if it had been allowed,and it was only the roundly booed appearance of an harrassed looking Arenaemployee that kept the evening to a curfew.

There was still enough time though for a five-song encore, including ananthemic Razzamatazz, a glorious Misfits and a gorgeous closing renditionof Something Changed. The latter was accompanied by an explosion ofconfetti raining down, snow-like, on the audience, in a suitablyChristmassy atmosphere.

“I still get a bit scared when we play Sheffield. So thanks for being niceto us. I know it’s been a while, but we’re alright aren’t we? I thinkyou’re ace in fact” was just one of Jarvis’ touching stage dedications.And we, Jarvis and company, think you’re pretty damn ace yourselves.Welcome home.