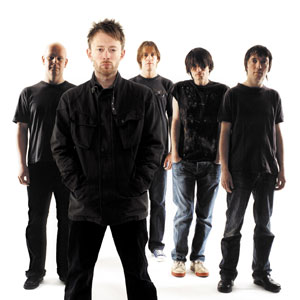 There’s not much you can say about Radiohead that has not already been said. Since releasing their debut single Creep two decades ago, the Oxfordshire five-piece have gone from strength to strength and are now unquestionably one of the biggest bands in the world. Yet despite the incredible success that Radiohead have achieved during their impressive career, Thom Yorke and co. continue to push the boundaries and avoid being tied down to one particular sound.

After releasing the wonderful and critically-acclaimed In Rainbows in 2007, the quintet returned four years later with The King Of Limbs, an album that polarised opinions of both fans and critics alike. In many ways, Radiohead’s eighth LP took on the position that the game-changing Kid A previously held when it was released as the follow-up to OK Computer in 2000. But even after several listens, there was something about The King Of Limbs that just did not quite click.

As a result, it was with some trepidation that many fans ventured to the O2 Arena on the last of three UK tour dates. Just how would The King Of Limbs adapt to the vast space of a stadium? The band last aired material from their latest album in a not-so-secret set at Glastonbury 2011, where it failed to really connect with an audience expecting a greatest hits set. However, Radiohead have had time to refine and work on perfecting The King Of Limbs for the tour and it showed on an unforgettable evening.

Like the majority of dates on The King Of Limbs Tour, the set kicked off with Lotus Flower – easily the strongest song on the album. Yet, while it sounded good on the record, in the expansive surroundings of the O2 Arena the song took on a whole new persona. The crunching synthesizer mixed with the precise syncopated beats filled the stadium, while Yorke’s stunning vocal was pitch-perfect as the song moved towards its emotive chorus.

It was not the only track from The King Of Limbs to transform in new surroundings, either. The jagged guitars and clattering percussion of Bloom also sounded at home, while Feral – a song many considered to be the runt of TKOL – inexplicably made sense as Yorke flailed around on stage for its duration. But those concerned about Radiohead shying away from their pre-Kid A days for this tour shouldn’t have worried, as the quintet – sextet, if you include touring drummer Clive Dreamer – got the balance just right.

OK Computer and The Bends may have only featured a handful of times, but when they did, the transition between the new and the old was seamless. A lump-in-the-throat version of Airbag to follow opener Lotus Flower was not only a delightful surprise, but a masterstroke. Meanwhile, airings for Planet Telex and Street Spirit (Fade Out) went down a storm with those hoping to see Radiohead at their anthemic best, as did fan favourite Paranoid Android to close out the main set.

There was also a healthy dose of In Rainbows, with five songs featuring from arguably one of Radiohead’s finest records, including a mesmerising version of the haunting, piano-led Videotape. It was one of four straight songs from the album – with Nude, Weird Fishes and Reckoner making up the quartet – but rather than being overkill, it was absolute bliss. However, the Radiohead live experience is far more than just the music, and once again the set design was both simplistic and visually impressive. With the stage bathed in vibrant colours, video screens above the band adjusted and shifted for each song, appropriately forming steps above the band for the melancholic, shuffle of Staircase.

And all that, while being fronted by the most engaging and distinctive frontman around. Yorke, as always, was in energetic form, but his vocals were also striking. No more so than on the gorgeous True Love Waits intro to Everything In Its Right Place, which was followed by a thrilling version of Idioteque – concluding Radiohead’s third encore. As the band left the stage and the audience filtered out of the O2 there was an overwhelming feeling of satisfaction. Radiohead had pulled it off again. How and when they will return next is anybody’s guess, but one things for sure: there is no-one quite like them.