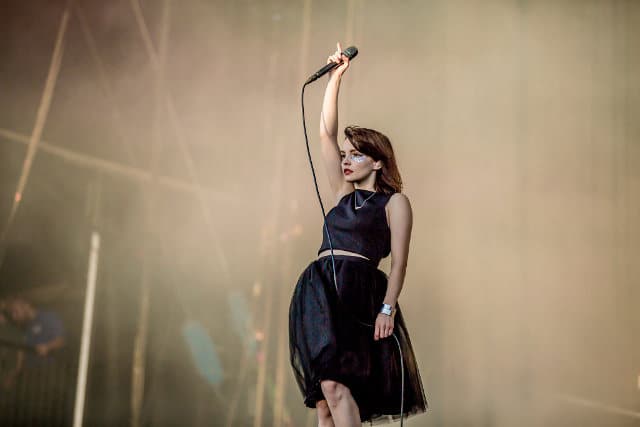 With the trials and tribulations of A Levels and GCSE results out of the way, there was only one place where hordes of teenagers would be heading for the August Bank Holiday weekend. Reading Festival has increasingly become a rite of passage for those preparing to go on to college or university and this year was no different thanks to another eclectic line-up across the three days.

In fact, compared to this year’s Glastonbury Pyramid Stage headliners – which saw the Eavis family play it rather safe – Festival Republic boss Melvin Benn took several risks with his headline acts. No more so than on the Friday night as Foals and Disclosure were given co-headliner status, with the latter a prime example of how the festival has gradually moved away from the guitar-band norm of its past.

The decision to promote the Leeds dance duo, consisting of brothers Howard and Guy Lawrence, was clearly one aimed at appealing to a younger crowd and it was obvious to see that it had the desired effect. With only two albums under their belt, it marked a remarkable rise for the pair and they certainly appeared to enjoy themselves in front of a willing crowd as they kicked off with White Noise.

They continued to reel off their hastily assembled back catalogue of anthems, with F For You, Omen and You & Me all getting an early airing as dusk settled. Yet while their radio-friendly hits went down a treat, there was something hollow about watching them work their magic from behind their table of electronic kit. The infectious Latch did end the set on a high, though, despite collaborator Sam Smith’s absence. 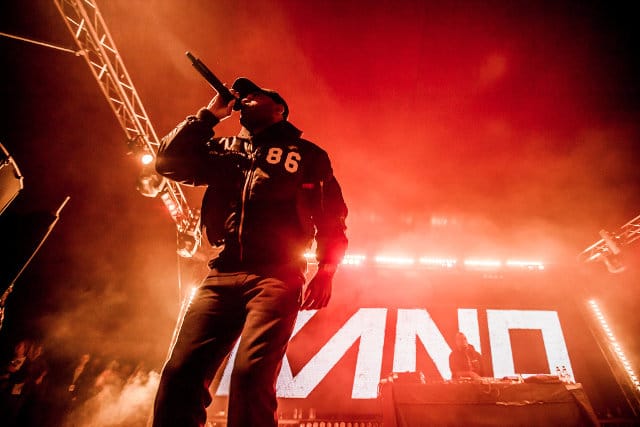 At the other end of the spectrum, Foals have taken a lot longer to reach the summit and in a stark contrast to their co-headliners, they were full of energy on the stage. Theirs was a set that picked up exactly from where they left off when they played a surprise set at last year’s festival, bringing their trademark intensity with Snake Oil and Olympic Airways – covering both their latest record, What Went Down, and debut, 2008’s Antidotes.

The Oxford five-piece have come along way since their first performance at Reading and frontman Yannis Philippakis acknowledged as much ahead of a stunning version of Spanish Sahara. Foals may be far from your typical Main Stage headliner, but with anthems as mammoth as My Number, Mountain At My Gates and Inhaler now at their disposal, any doubts about their suitably were well and truly put to bed on the night.

As if to hammer the point home, they finished with a three-song encore that was among the early highlights of the weekend. Kicking off with a furious rendition of What Went Down, complete with its snarling riff and mosh-pit inducing chorus, they then dusted off Antidotes single and fan favourite Cassius for a rare outing before closing with a celebratory version of Two Steps, Twice. Epic doesn’t really do it justice.

Foals’ journey from small indie act to Reading headliners looks likely to be replicated by Chvrches sooner rather than later, and they were also on the Friday bill. Benn has already predicted the Scottish trio will achieve the headliner feat some day, and their set showed more than enough promise as they launched into their euphoric collection of electro hits, with Recover, The Mother We Share and Bury It among the standouts. 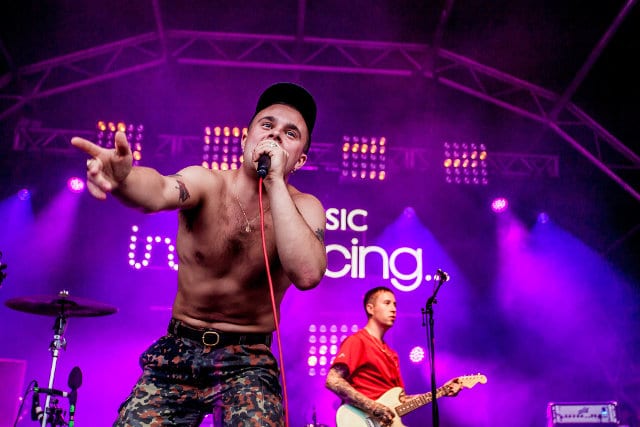 Elsewhere, the Friday line-up was a mixture of new faces and the tried-and-trusted, especially in the case of Frank Turner, who opened proceedings on the Main Stage this year as he returned to the festival for a staggering tenth successive performance. There was also fun to be had over on the NME/Radio 1 Stage, where Madrid garage-rock quartet Hinds lived up to the hype with a set perfectly suited to the sunny weather.

Saturday started with an emphasis once more on the brightest up-and-coming rock acts, with The Hunna attracting a crowd representative of their quick rise over on the Festival Republic Stage. The same was true of Stockport five-piece Blossoms on the NME/Radio 1 Stage, who look set to be 2016’s Catfish And The Bottlemen as they continue to go from strength to strength following the release of their self-titled debut.

Crowds piled in to the tent in anticipation of their performance, which was preceded by a surprise guest slot on the BBC Introducing Stage on Friday to give everyone a little taster of what to expect. They would not be disappointed either, as lead singer Tom Ogden swaggered his way through At Most A Kiss, before later conducting a mass sing-a-long to the irresistible charm of Charlemagne (which did get a fair few airings over the weekend).

It would not be a surprise to see Blossoms moved up to the Main Stage next year, which is exactly what happened to Slaves. The Mercury Prize-nominated punk duo rocked the NME/Radio 1 tent to its core last year and as they prepare to release a follow-up to debut LP Are You Satisfied? in September, drummer Isaac Holman and guitarist Laurie Vincent were back again and even louder as they made the transition to the Main Stage look easy. 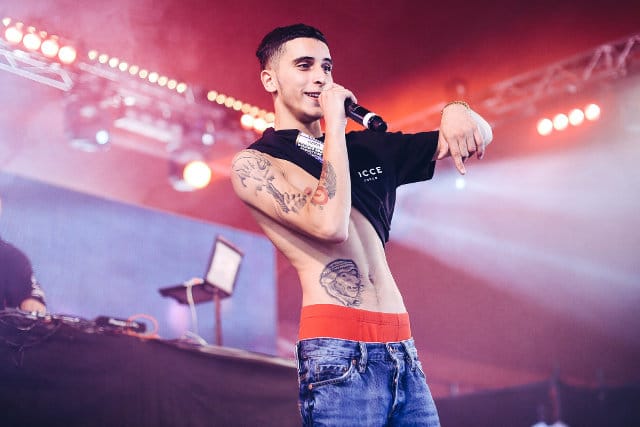 For all the talk about new acts, Saturday night was all about ’90s nostalgia. First, legendary rapper Nas delivered a UK festival exclusive performance over on the NME/Radio 1 Stage that will not be forgotten in a hurry. In a set spanning the incredible 20-odd years of his career so far, the Brooklyn star was at the top of his game as he performed Illmatic classics NY State Of Mind, The World Is Yours and It Ain’t Hard To Tell.

From one exclusive to another, it was then time for the return of Red Hot Chili Peppers, who headlined the Main Stage nine years after their last performance at the festival. It was a crowd-pleasing set from the California veteran rockers, one that only briefly touched on their recently released 11th album, The Getaway, including live outings for the instant classic Dark Necessities and new single Go Robot.

The Chilis have been around long enough now to know what the crowd want and they were only too happy to oblige as they raced through their back catalogue, including Can’t Stop, Around The World and By The Way. They may be derided by some for their lyrics and love of their home state, but few bands come close to matching them for sing-a-long anthems, with Otherside and Under The Bridge sounding as good as ever. 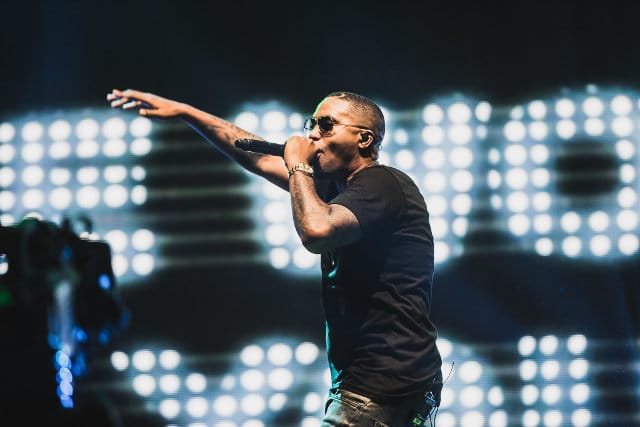 With the homestretch fast approaching and the pace of non-stop partying starting to catch up with many revellers, Sunday’s billing including a much-needed soothing performance from Montreal’s Half Moon Run. Full Circle and Call Me In The Afternoon have been sleeper hits in the UK and they sounded even better live as crowds quickly filled up the NME/Radio 1 Stage tent for what was an accomplished set.

A$AP Rocky was a completely different experience altogether, though, as the Harlem rapper took to the Main Stage after Five Finger Death Punch. There was no repeat of his last minute cancellation of Leeds two days before, with Rocky instead pulling one of the biggest crowds of the weekend. And those in attendance were ready to form mosh pits at his beckoning as he delivered Wild For The Night and Fuckin’ Problems to loud cheers.

There was something of a return to normality afterwards on the Main Stage as The Vaccines returned to the festival on the back of their excellent third album, English Graffiti. The trio are another example of a band who have more than lived up to their early hype and a setlist comprising of Teenage icon, Post Break-Up Sex and If You Wanna was always going to go down a storm with the Reading faithful.

It was then time for the final two acts of weekend as the Main Stage was closed out by co-headliners Fall Out Boy and Biffy Clyro. The former were given second-billing at Reading, but they put on a show that was more than worthy of their headliner status. Opening with The Phoenix, the band were joined on stage by a troupe of acrobatic dancers twirling flames and hanging from chains from above in what was certainly a sight to behold.

Mass sing-a-longs greeted old fan favourites such as Sugar, We’re Going Down, This Ain’t A Scene, It’s An Arms Race and Dance Dance, but it was arguably their latest singles that stole the show. Centuries and, in particular, Uma Thurman sounded at home on the Main Stage, while My Songs Know Know You Did In The Dark, from 2013’s Save Rock & Roll, was arguably the highlight of the set.

Yet if there was one band capable of topping the spectacle of Fall Out Boy’s set, it was always going to be Biffy Clyro. The Scottish trio, headlining the festival again following the success of their 2013 performance, upped the ante once more as they stormed out of the blocks with a spirited version of Wolves Of Winter, from recently released seventh album Ellipsis, backed by an impressive visual lighting display. 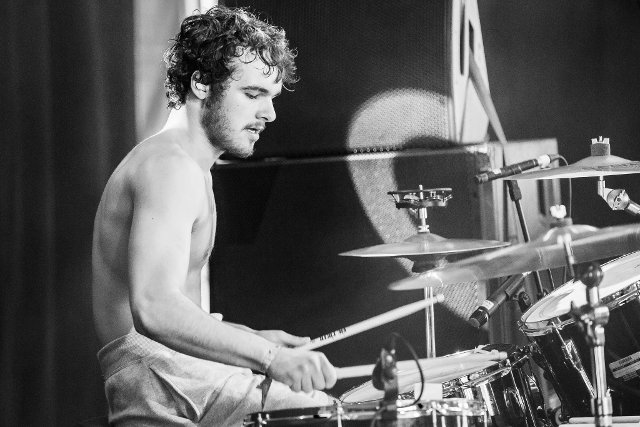 Living Is A Problem Because Everything Dies followed immediately, with its angular riffs and stop-start formula eventually breaking into a mighty chorus. Main man Simon Neil remained in a playful mood throughout the song, even working in a snippet of Sweet Child O’ Mine, before following up the Puzzle single with anthems Sounds Like Balloons and Biblical from 2013’s double album, Opposites.

There was only room for 57 from the band’s first three albums as the set focused on their work from Puzzle onwards, but Folding Stars, Who’s Got A Match? and Machines still sound as fresh as they did when Biffy’s breakthrough record was released in 2007. The biggest ovations, though, were saved for Only Revolutions and its titanic singles Bubbles, That Golden Rule, Mountains and Many Of Horror.

It was a masterclass in showmanship, finished off with aplomb by Stingin’ Belle as fireworks lit up the night sky. As conclusions to festivals go, it was pretty much perfect and cemented Biffy Clyro’s status as one of the best British live bands in the business.