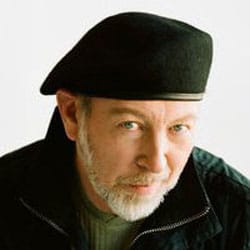 Richard Thompson seemed in relaxed form as his UK tour came to a close, ending proceedings with something of a family jamboree. His wry, sardonic wit was given free rein during a two hour plus show (split into two sets with interval). Little of this detracted from his extraordinary commitment to the art of songwriting and performance, however, as he tore into his back catalogue with as much vigour and energy as he gave to the opening set of material from new album Dream Attic.

Given that Dream Attic was recorded live in the first place, the heavy focus on the new songs perhaps makes clear sense. These songs were written explicitly for this tight but supremely expressive band to perform and it certainly seemed as if some of the songs were still developing. Nevertheless, it’s easy to be sceptical as to the benefits of the increasingly common practice of separating a new album from an artist’s history and dedicating an entire set to it. Audiences do not generally appreciate being bombarded with fresh material in such a concentrated way. Whilst some clearly knew the album well and cheered for particular favourites, the general audience reaction to the first set seemed a little muted and uncertain.

This was a shame given the considerable power and honesty with which the songs were performed. Some technical glitches with the amplification of the bass guitar blighted an otherwise incandescent take on The Money Shuffle. From then on though, the strength and clarity of the material cut through superbly. Among The Gorse, Among The Grey was haunting and controlled, and segued neatly into the exuberant shuffle of Haul Me Up, perhaps the first song to which the audience responded with any noticeable enthusiasm. Thompson’s vocal phrasing was clipped and aggressive on the murder ballad Sydney Wells, and his guitar playing was beautiful and moving on Stumble On. Whether it’s the sense of loss so succinctly expressed in A Brother Slips Away, or the juxtaposition of dancing with the London of the Kray Twins in Demons In Her Dancing Shoes, these evocative songs all have memorable stories behind them.

He was on fine form with his between-song banter too, taking time to explain the musical foundations of his new material. “You like polka in the Festival Hall, or so I’m told,” he joked, whilst also explaining the jig rhythms behind Sydney Wells. He responded to audience calls with brilliant timing too (“The story of my life? Well, I was breach born, it all began from there…”).

The first set ended with an epic rendition of If Love Whispers Your Name, with a fiery and inspirational guitar solo from Thompson. He played an even wilder solo early on in the second set, on a rousing, insistent blast through Can’t Win from the Amnesia album. When he brought out all his vocabulary on his instrument, the whole ensemble tended to follow him, with some wonderfully dexterous and accurate drumming from Michael Jerome elevating the music yet further.

Thompson had jokily billed this second half as being dedicated to his ‘greatest hits’. Perhaps when you’re an artist as free from commercial preoccupations as Thompson has always undoubtedly been, the interpretation of what the ‘greatest hits’ might be can be refreshingly loose. First timers in the audience may well have been disappointed not to hear 1952 Vincent Black Lightning or Beeswing and may also have been slightly bemused by more obsucre choices such as They Took My Racehorse Away (from his unsuccessful but unfairly maligned solo debut Henry The Human Fly) or Al Bowlly’s In Heaven.

Still, there was so much to enjoy in this spirited second half performance, from guest vocalists Christine Collister and Judith Owen to a wonderfully alive delivery of Wall Of Death. The band worked brilliantly as a collective, but also boasted some splendid individual performances, particularly from multi-instrumentalists Pete Zorn and Joel Zifkin. Zorn’s various saxophones add spontaneity and improvisational colour, whilst Zifkin’s fiddle contributions bring it all back to Thompson’s love of folk music. The closing Tear Stained Letter (an unusually rousing break up song) featured all the guest vocalists, along with Thompson’s daughter Kami and a creditable performance from his grandson on guitar. A series of increasingly special encores ensued, with a sublime Take Care The Road You Choose followed by a swampy I Want To See The Bright Lights Tonight (bolstered by Zorn’s baritone saxophone). Finally, Thompson duetted with Kami on a beautiful A Heart Needs A Home, a touching end to a varied and captivating performance.