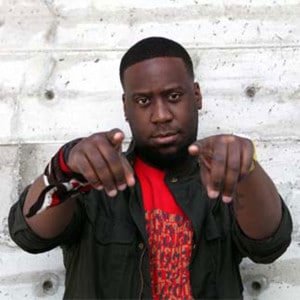 Robert Glasper Experiment are as talented a band as they are a ridiculous one. The band’s singer and saxophonist, Casey Benjamin, has a frivolous red quiff that wavers in the air during each song.  But behind the constant on-stage banter and silly hair-dos lies a band that demands to be taken seriously.

Robert Glasper, pianist virtuoso and founder of the band, claimed that jazz music is his “jilted ex”. And given what was being heard tonight, his band’s music is certainly a departure from pure jazz. Casey Benjamin’s valium-infused vocals complement each track perfectly, allowing Glasper’s surging piano to take a lead role when necessary. Derrick Hodge was on a five string bass, churning out plodding hip hop bass lines reminiscent of those produced by the late J Dilla.

The Experiment played many of the tracks off their two albums Black Radio and Black Radio II. It was a shame that not all the album’s guests were present – but then again – having Mos Def, Erykah Badu, Lupe Fiasco, Bilal and many others turn up to play with your band all at once would be for anyone rather a tall order.

But Glasper still managed to rake in some high profile guests. The suave figure of Raheem Devaughn came on first, to perform a smooth version of his hit Woman. Later on in the set, the glamorous Laura Mvula made an appearance, covering Jill Scott‘s Calls, and almost outdoing the original vocal. Emeli Sandé even turned up to join the fun, seeming more at home singing soul music than pop music.

You didn’t have to be familiar with Glasper’s musical background to be able to guess that he was heavily influenced by gospel music, and his gospel roots particularly shone in I Stand Alone, an uplifting track featuring conscious Chicagorian MC Common. But on the night, I Stand Alone was sadly devoid of Common’s verses – though Derrick Hodge’s extended bass solo at the end more than made up for this. Hodge played his instrument like an acoustic guitar for a further five minutes after the rest of the band members took a quick break, whilst the audience clapped along.

Although all of the band members showed a good degree of musical versatility, it was the drummer Mark Colenberg who was most astonishing. Colenberg played the tightest rhythms, giving each song a hip hop back bone as he boasted effortless syncopation.

The group played a few covers, adding new dimensions to Daft Punk‘s Get Lucky, Bill Withers‘ Lovely Day, Jay-Z and Kanye West’s No Church In The Wild and finishing on the piano driven version cover of Q-Tip‘s You.

Mr Glasper, sporting his  “Rap – Lies = Hip Hop” t-shirt, spent 10 minutes jamming solo on the piano halfway through the set. After trading playful jibes with the audience, he went to play a fun cover Cindi Lauper‘s ballad Time After Time. “As you can see, we have musical ADD,” he remarked.

This one off London show was very impressive, with quality instrumentation, high-calibre guest performances and a good two hours’ worth of music. There were a few cases of instrumental filler during the gig, when the band got a little side-tracked, but this fantastic experiment didn’t go wrong; it just could have been a little more reactive.