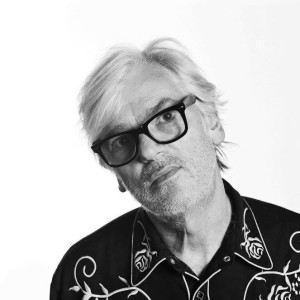 Where is the line that separates ‘cult hero’ from ‘national treasure’, in the laboured lexicon of the media? How would someone know they have crossed it? Is there a telegram from the Queen? Now in his fifth decade in music, Robyn Hitchcock strides onto the stage of the Union Chapel and captivates the audience with a set that shows him to be almost uniquely bestride that particular division, if indeed such a thing exists.

He opens with Bob Dylan’s Not Dark Yet, befitting the balmy June evening, reminding us all both now and later on of what a masterful interpreter of other people’s material he is, influences worn on polka-dotted sleeve but always adding more, whether by wry delivery or, as here, instrumental flourish, wrapping his long fingers around spidery curlicues at the song’s coda.

After the inappropriately appropriate I Pray When I’m Drunk comes a crowd-delighting dip into both his work with The Soft Boys – I Got The Hots, from the seminal Underwater Moonlight –  and his 1980s albums with The Egyptians, in the forms of Luminous Rose and My Wife And My Dead Wife.

These are interspersed with the first of his circuitous, often hilarious, between-song monologues, the audience as happy to hang on his spoken words as sung. These cover subjects as diverse as the transparent garden furniture he saw during a recent stay in hospital, set out for the paparazzi awaiting the royal baby, to his cheese dependency and speculation on the number of cups of tea that Billy Bragg is likely to get through during his forthcoming two-night run on this same stage.

A star of any performance here, the venue’s acoustics were described by its Victorian architect as “unexpectedly and unusually good”, and a solo Hitchcock fills it with sound, using what he refers to as the Chapel’s “natural reverb unit”. He’s ably abetted in this from behind the mixing desk by Bryan Mills, who is really made to work: before Saturday Groovers, from Goodnight Oslo, he is asked by Robyn to “make the guitar sound like Marc Bolan and the voice sound like someone trying to sound like Marc Bolan” and, later, to add some stereo delay at “the tempo you think I’m playing at”!

It’s all more than a little reminiscent of John Lennon’s infamous request to George Martin to make him sound “like an orange”, but the effect, on a spellbinding I’m Only You, is astounding, guitar figures cannoning and caroming from the edges of the octagonal space.

After this, support act Emma Swift returns for three duets: a take on Queen Elvis, from 1990’s acoustic Eye becomes one of the highlights of the set, Swift’s warm Sydney-via-Nashville timbre softening Hitchcock’s sharper tones. A solo Glass Hotel is followed by Recalling The Truth, the last song of the set and the first drawn from 2014’s The Man Upstairs, produced by folk-rock veteran Joe Boyd.

Hitchcock is joined in the encore by cellist Jenny Adejayan for further selections from that album, finishing with another cover, of Roxy Music’s To Turn You On. Always a beautiful song, its synthesiser washes are stripped away here to expose the meaning in the lyrics; it’s an adroit reading and rapturously received.

From the surrealist whimsy of his own cult heroes to the heartfelt sincerity of the treasured troubadour, Robyn Hitchcock has shown us this evening that the line he walks between the two is a crooked one, and that’s where we’re happy for him to stay: when he dedicates a final Trouble In Your Blood to “…myself, although it’s not about me”, he’s earned it.