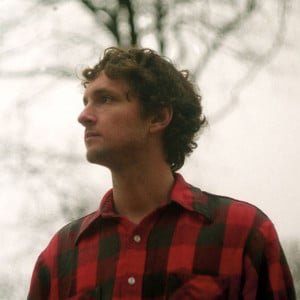 It’s a night of singer-songwriters at this East London basement venue. An unfairly maligned source of music in recent times (due mainly to the invasive success of a few bland apples), tonight hosted three very different examples of young talents doing it their own way.

First up was Canadian Artur Artur Dyjecinski. Well-written and well-performed heartfelt country ballads is his style and with a sound falling somewhere between Ray LaMontagne, Bon Iver and The Low Anthem, it’s a style very much in favour right now. His five-piece collective is made up of Brits and a German on guitar modelling herself somewhere between Kim Gordon and Janice out of The Muppets. Artur Dyjecinski might not be a name that rolls off the tongue (and it’s certainly not an easy one to spell), but as he closes with an acoustic spine-tingler, it’s a name you might see a lot more of, even if you can’t pronounce it yet.

Nashville girl Caitlin Rose comes on next with a few tracks from her warmly received debut album Own Side Now. She’s tightened up her songwriting skills since her earlier Dead Flowers EP and the newer songs show a folkier side to her natural country tendencies. Her sweet drawl is faultless on gorgeous ballads Own Side and For The Rabbits, and as a pedal steel swoops in and out of her melodies, these songs have a classic, authentic appeal. Her touring band plays without a drummer as she claims she couldn’t afford to bring him. But as she says herself, they sound pretty good anyway.

While Caitlin’s album has immediate appeal, Sam Amidon’s recent release I See The Sign is a more acquired taste. He does have a drummer. Actually, all he has is a drummer who alternates between his kit and bass guitar while also doing some occasional laptop programming. The two of them begin with the album’s title track, an awkward song about the future that somehow draws you in despite its rawness and repetition. Amidon’s songs have a bleakness and his vocals are effortless to the point of comatose. While at times it can leave you cold, at others it’s mesmerising. He remains humorous and his banter is charming as are his successful attempts to get his audience involved in joining in call and response sections of his songs. And singing along to his own guitar solo is an impressive and unusual feat.

With the current resurgence in all things folk and country, tonight’s line-up, all on small independent record labels, serves as a reminder that there’s still excellence to be found and there’s still room for musicians to take risks within such traditional styles.