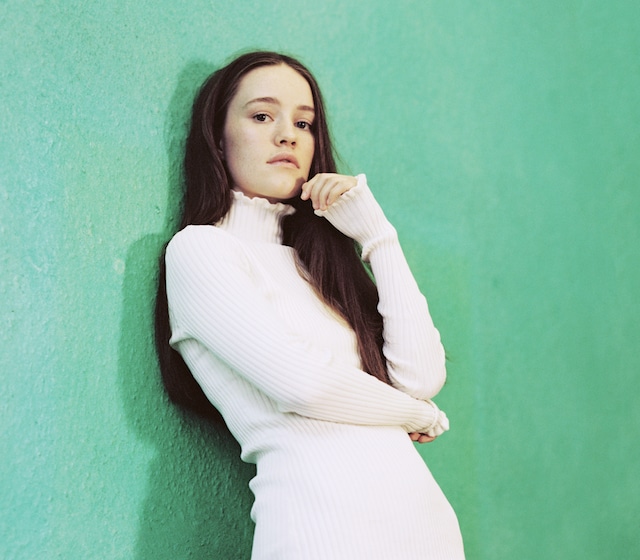 “I forgot to say that the last song was my new single, which came out today”, Sigrid announces from the stage, with a slight chuckle. She’s talking about Schedules, a Very Sigrid, very modern up-tempo love song, heavy with the chaos and complexity of modern lives (“I know that my schedule is fucked up/But, baby, you know you’re the same/And that’s why/I think we’re a hit”). “Oh, not the last one… the one before.”

It’s typical of the unfussedness and easy confidence the young relative newcomer, winner of the BBC’s Sound of 2018, radiates at tonight’s show – part of the Summer Series at Somerset House, also headlined by the more established likes of The Roots, Róisín Murphy and De La Soul.

Despite selling out some time ago, the small matter of England in the World Cup semi-final – which went to extra time just as Sigrid took to the stage – reduces the crowd considerably for around the first third of her set. She takes it in her stride, though, thanking “everyone who showed up” after the opening Haunted.

It’s a short-ish evening, reflecting that Sigrid – born Sigrid Raabe, from the Norwegian sea port Ålesund – has yet to release an album, but one with more than enough highlights. I Don’t Want To Know – whose high notes and tumbling lines are delivered effortlessly – and Dynamite are fragile and stirring piano-led ballads, while I Don’t Buy It flips from pizzicato strings to huge drops and a swaggering chorus.

Or there are the certified Mega Bangers Plot Twist or Fake Friends – with full-on shreddy Van Halen solo from her fairly unassuming guitarist. And Sigrid’s background – her early single Sun (2013) was acoustic-led, and she was raised on a diet of Neil Young and Joni Mitchell – invests the excellent High Five with a touch of Sylvan Esso’s laptop coffee-shop folk, albeit with a Sia-sized chorus.

For most of the crowd, though – once the football is over, having stubbornly refused once again to Come Home – it’s Don’t Kill My Vibe which takes the prize, eschewing love and heartbreak for a story of defiance in the face of a patronising male co-writer (“You shut me down, you like the control/You speak to me like I’m a child”).

With all that spark and lightness of touch, but also the throaty gravitas that suits the grittier Savage In Our Blood (and her cover of Leonard Cohen’s Everybody Knows, sadly not given an airing tonight), Sigrid’s performance, and place in the late 2010s pop pantheon are more than assured. When the crowd scream for an encore, after the closing Strangers, they don’t get one. Sigrid knows she’s done more than enough.