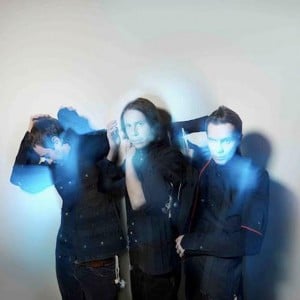 Stray confetti is everywhere in the Roundhouse as iTunes Festival moves on to its second day. Following the headline-grabbing pop extravaganza that was Lady Gaga, an evening with Sigur Rós is quite the transition. That is the charm of this now-established month-long musical feast.

Despite the fact a new LP is imminent, most of Poliça‘s support set is taken up by cuts from their debut, Give Up The Ghost, which is no bad thing. Amongster booms out of the speakers towards an unsuspecting crowd that initially didn’t seem to realise that they were starting. It doesn’t take too long for the Minneapolis group to capture their attention. Lay Your Cards Out is a shimmering early highlight and Wandering Star is delightfully woozy. Of the newer material from Shulasmith, it’s Chain My Name that impresses the most – it’s easily their strongest song to date.

Overall they are robust and reliable; those who came to the gig as fans would have enjoyed it immensely. But there’s always the sense that the band could take things further sonically on stage. As solid and slick as it looks, they lack an explosive quality, although there’s the sense that that will come in time. Channy Leaneagh’s vocals are as captivating on stage as they are on record and her use of voice manipulation techniques ensures that some mystery remains intact.

Whilst Poliça are untheatrical in the way they perform, the same can’t be said about Sigur Rós. Fresh from a top-of-the-bill performance at the End Of The Road festival over the weekend, this London date is a much-anticipated performance.

After a pointless and ill-judged iTunes-invented countdown, the Icelandic trio waste no time. The first five songs are all taken from their recent LP, Kveikur. After the rumbling tease of Yfirborð comes the mighty roar of Brennisteinn, which roars like thunder. That would be the most impressive moment of this opening half-an-hour if it wasn’t for the outstanding power of the album’s title track. It’s both a glorious and brutal standout.

What follows is considerably more uplifting. Once the bass drum that drives the latter half of Festival gets going, the audience is starting to be won over. As the saying goes, once you’ve got them in the palm of their hand, you can capitalise with a knockout blow. This happens to be Hoppípolla. So many TV programmes and channel indents have used it over the past eight years that by rights people should be bored of it, but the reception it gets proves otherwise.

The second half of the set sees two or three hurried looking individuals leaving from the front during each song, possibly because they’ve seen the song they came to see and would rather get home early on a Monday night. Truth be told, it’s their loss, as Sigur Rós explore their back catalogue in a manner that could be described, weirdly for them, as loose.

Svenf-n-englar, Glósóli, Sæglópur and the stunning Varúð all showcase their skills when it comes to following a slow build with a satisfying and cathartic conclusion. There’s also room for their more mellow cuts such as Vaka, which is enchanting. And yet, it’s still Popplagið (Untitled #8) that remains the pinnacle of their career. Starting off like a lullaby before gradually accelerating in tempo and approaching its magnificent, stormy climax, you’d have to be made of stone not to be taken aback by its sheer force.

To say that this is a new peak for Sigur Rós would be a barefaced lie. But what could be considered decent for them is still pretty incredible by any other band’s standards. They’re still masters of their craft and, at their very best, can deliver a gigantic gut-punch.