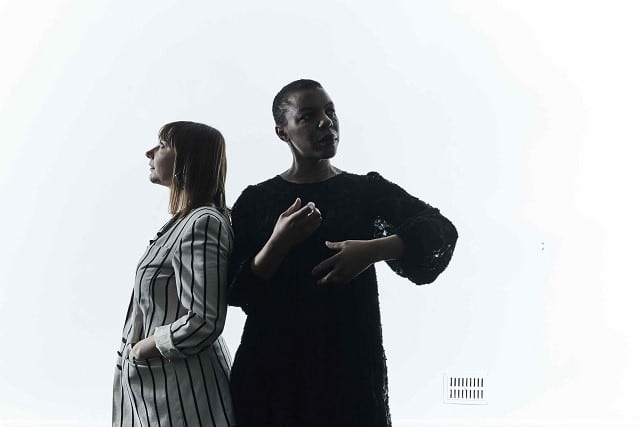 The histories of punk and dance music are by now inexorably linked. You need only look at how Joy Division, in the face of personal tragedy blossomed into the upbeat New Order, listen to the Dirtbombs snarling cover of A Number Of Names‘ 1981 techno classic Shari Vari or see how the track UFO by no wave sisters ESG has been sampled over 500 times, by artists as wide ranging as Public Enemy, Nine Inch Nails, Burial and um, Mark Morrison to see the connections. Both music scenes were cross fertilised, not by the customary affluent white male dilettantes of boring traditional rock and roll, but instead by lower class women, the LGBT community and people of colour, often in outlier towns here and across the pond, with Sheffield and Leeds representing the UK and Chicago and Detroit covering bases in the US.

These pioneers would press their own records and put on own shows for their local communities, choosing passion over profit, legacy over infamy. Even with an obnoxiously aggressive crowd in the back of the room trying to talk over them for the entirety of their set, Maria Uzor and Gemma Cullingford, the two Norwich based musicians who make up Sink Ya Teeth, manage to pull focus and carry on that grand tradition. They may be soft spoken and have titled their second album Two but don’t be so quick as to assume that these young entrepreneurial women are lacking when it comes to imagination, energy or substance. They dip in and out of both genres with ease, never relying too heavily on one before dipping back. You’re happy to pogo regardless.

They’ve played Brighton before, solo and as part of The Great Escape festival and their intense live shows have built them a loyal and sometimes feral fan base. They comment on how pleased they are to see familiar faces in the crowd. Here to promote that second album, on the track Stella, Uzor, decked out in some rather practical dungarees appears ready to hammer the hits home, as she delivers suitably haunted harmonics over economical rhythms and Cullingford’s sneaky bass lines.

At one point Uzor brings out her guitar, and it looks like it a copy of a Vox Phantom guitar, the tear shaped instrument so beloved of Joy Division’s Ian Curtis. She jams on riffs and bounces around, lost in the soundscapes she’s generating and it’s infectious. The duo is let down, only by the effect the slower numbers in their repertoire have on the crowd. As they state in the lyrics of Complicated from their first record, “You choose to make things… Complicated”. It’s a plea to recognise that sometimes the simplest things will bring the most satisfaction, and all we want in this moment is that endless beat.

Sink Ya Teeth MP3s or CDs

Sink Ya Teeth on Spotify