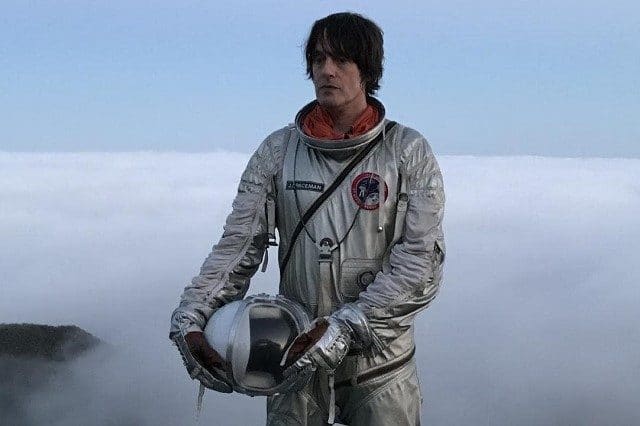 The last few Spiritualized albums haven’t exactly set the world on fire so it’s fair to say there was a degree of expectation management ahead of the release of eighth album And Nothing Hurt. It may cover familiar lyrical ground and follow a certain musical template but with its orchestral-pop feel in places it projects a consistency that makes it feel like Jason Pierce’s best work since 2003’s Amazing Grace.

As has become the norm over recent years for tonight’s show Pierce sat at the side of the stage, quietly overseeing the band, string/brass sections and gospel choir gathered around him (many of which seem to pensively glance in his direction for guidance during the show).

The early stages see classics from the Spiritualized back catalogue get a welcome airing. Come Together is the closest tonight comes to the exacting garage rock workouts that have been a (decreasing) presence in Pierce’s music over the last two decades. It is followed by Shine A Light, still a high point in Spiritualized’s history, tonight built as much on the choral vocals as the softly spiralling guitars. In its new guise it is heavy with soul rather than the extended noise segments that used to characterise live outings during the ‘90s.

Stay With Me and Broken Heart show how seminal album Ladies And Gentlemen We are Floating In Space remains the live backbone of the band. The recent commemorative shows clearly haven’t sated Pierce’s desire to play the songs and tonight both begin delicately and precisely and build up to affecting, warm walls of sound.

The appearance of And Nothing Hurt’s album art on the backdrop of the stage indicates a move away from older material and when the band play A Perfect Miracle it is vocally acclaimed by the crowd – there’s almost a sense of relief that new material will feature alongside old. The full album follows and is effortlessly subsumed into the current Spiritualized live sound – densely orchestrated, emotionally forthcoming and successfully gospel-ified.

I’m Your Man showcases the quality of the new album replete with its late Beatles guitars and lyrics that initially suggest a new Pierce that could be “dependable” and “devoted” but soon reverts to type as he confirms he’s still “wasted, loaded, permanently folded”. His creative inspiration has recently seemed to shift from perpetual heartbreak to falling in love but tonight shows how he still manages to keep a foot in both camps.

Here It Comes (The Road) Let’s Go meanwhile is arguably the most relaxed and melodic on And Nothing Hurt and Let’s Dance is similarly serviceable, seeing Pierce singing about the simple joy of hearing “Big Star on the radio”. It shows how he’s happy to settle into perfectionist comfort and leave musical reinvention to others.

On The Sunshine is reminiscent of earlier incarnations of the band, and even Spacemen 3 to a degree, and features a pleasing strobe-powered, mid-song dismantling. Damaged strikes a different note, proving that Pierce can still create lush, resoundingly epic music while After The Morning is pacy and driven, the most urgent Pierce sounds tonight. The Prize and Sail On Through bring the album to a widescreen, almost symphonic conclusion. It’s undoubtedly a satisfying piece of work even if it does tick certain Spiritualized-shaped boxes.

Pierce has claimed And Nothing Hurt may be the last Spiritualized album and in a way you can see why. He’s not the only artist to have landed on certain musical ground and then spend his time reinterpreting and readjusting it but he could probably benefit from branching out in order to increase the band’s longevity. Yet, as the gloriously filmic Out Of Sight and traditional gospel-infused closer Oh Happy Day bring tonight’s show to a close the rapturous reception afforded by the crowd shows there still an enthusiastic audience for Pierce’s music.