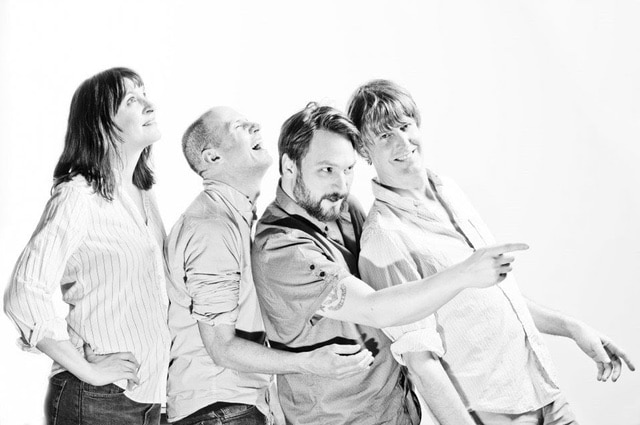 Stephen Malkmus is not the kind of man that you’d associate with the word ‘surprise’. His career has been, for the most part, about ploughing two furrows. The first, with his legendary indie-rock band Pavement, was a hyper-literate, self-aware kind of slacker rock that has influenced countless bands –from Blur to The National.

The second, as a solo artist accompanied by his band The Jicks, has given his career a sequel act as grand as anything Shakespeare dreamed up. He plays a more refined, singular type of psychedelic dadrock, but does it with his tongue firmly embedded in his cheek – in contrast to some of the more pretentious, po-faced Pavement moments.

He’s also, apparently, developed a talent for busting out a surprise or two now and again. These surprises were, in many ways, the highlights of this show.

Firstly, the majority of the crowd (male, bespectacled, ‘comfy’) went absolutely bananas when he played early Pavement classic Summer Babe. This is no exaggeration – outside the venue no less than eight people were discussing where and when it’d last been played live (the answer was about two years ago.) This seemed remarkable to the crowd because it’s not one of his go-to Pavement tracks – he usually opts for Stereo, Shady Lane (regulars on this tour) and In The Mouth A Desert. It’s not as rare as, say, Gold Soundz or Cut Your Hair, but it’s still a delight to see it live.

Another surprise came when he closed the show with Neil Young’s Barstool Blues. Now, this is curious for two reasons. First, it comes from the sadly overlooked Zuma record, which is undergoing a bit of a renaissance recently – with bands as diverse as Nap Eyes, Wand and Sun Araw playing selections from it at recent shows. Secondly, it’s curious because it makes perfect sense. Neil Young, rather than Lou Reed or Jerry Garcia, is the elder statesman of the kind of winking guitar racket that Malkmus has always peddled.

Of course, he played some of his strongest solo material, from Baltimore and Lariat to Cinnamon And Lesbians. He also played highlights from the fantastic new album – Shiggy, Middle America – amongst the older tunes.

But the biggest, funniest, surprise was when Malkmus hung two guitars around his neck, having seen it done on a photo of a band on the wall of the venue. People were crying with laughter as he tried to sort out the awful logistics of assembling a Gibson SG and Fender Stratocaster. He managed it by hanging one guitar over his left shoulder, and one over his right. In visible discomfort, he powered through the next track, leaving much of the crowd in stunned (crippled by laughter) disbelief.

There were odd call-outs to Marvin Gaye when Malkmus tried a wah pedal out. There were jokey admonishments of the sound guys. There were moments when his band sounded like the Grateful Dead, others when they sounded like the Germs. There was something for everyone – from his newest fans to his oldest followers. And he was clearly having as much fun as the rest of us.