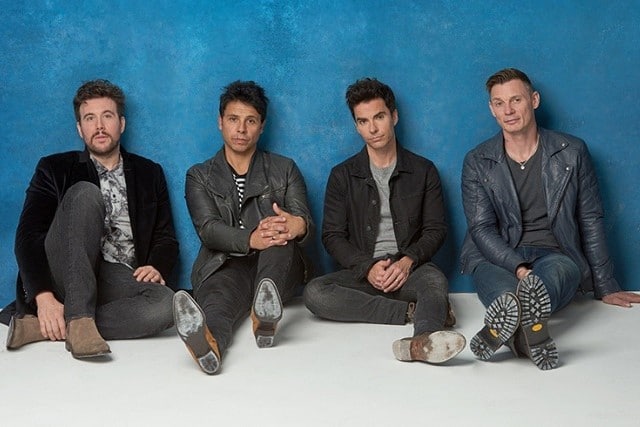 What’s your guilty pleasure? What perennial favourite do you always fall back on, when you’re feeling worn out? For the legend that is Keith Richards it’s apparently good old fashioned Shepherd’s Pie. A classic stodgy treat of meat and two veg, with a presumably cheesy potato crust, and not much else. Tonight Stereophonics frontman Kelly Jones regales us with a story of the time his band supported The Rolling Stones in Paris many moons ago and their raucous, and sadly now departed original drummer Stuart Cable broke the cardinal backstage rule of being first to break said crust of Keef’s pie.

It’s a reasonably witty story highlighting their early wild moments and somewhat applicable metaphorically to the band themselves. Will anyone dare to break through the crust of this group? Let’s be honest, you’re never going to get an Arca duet, an Yves Tumor remix or see some super expensive collaborative Stereophonics trainer line come out in association with the next big design hero. It’s just not what the boys do. Downbeat ballads and snarky anthems about open highways and closed women are the order of the day.

Initially it feels the band have dispensed with the standard fancy light shows because the house lights remain up for the first number illuminating the packed concert hall. Jones apologises for the band stop-starting their aborted first number and they play one track off each of their last few albums. The fumbling soon gives way to an air of comfortable professionalism, and a few songs in we get crowd favourites Maybe Tomorrow and Mr Writer.  It seems Jones has a different guitar for each song they play tonight, a roadie’s nightmare but yet more proof that the band ‘made it’.  He tells a lot of stories, appearing to be in a seemingly pensive, nostalgic mood. Along with the Stones, we get tales of being buddies with David Bowie, his number one albums and lots of stories about growing up close to his fellow band mates.

It’s telling that Cable, star of most of these stories, was originally sacked from the band because he felt they weren’t going to progress musically and wanted a wilder rock ‘n’ roll life, one which ultimately took his.  Perhaps Kelly has realised that he should have listened to him more. Playing an extended version of recent single Hungover For You with its chorus of “You don’t love me, you don’t love me no more”, you can’t help but wonder if he’s singing about some fictional partner, his fans or his own ambivalence towards his slightly waning, but still impressive career.

And that’s the rub, because even if you’re not the biggest fan of the Stereophonics, even if they are dialling it in somewhat, they still put on a glorious show, and for all their braggadocio soloing and simplistic lyricism (Geronimo and domino being a particularly cringe inducing pairing) you still want to sing along because you believe these underdogs deserve their riches. When they decamp to a smaller stage set up and blast through Local Boy In The Photograph, you wish you could get down from your seat into the thrumming mêlée. For all his grumbling, Jones has always been able to play guitar and piano brilliantly, he’s still got a legion of adoring fans, hasn’t aged a day in over two decades and has a lifetime of stories to look back on. They encore with a well received Dakota and a meditative Just Looking. On this evidence it’s time Jones stopped gazing back and started looking forward once more. He might actually have a nice day.