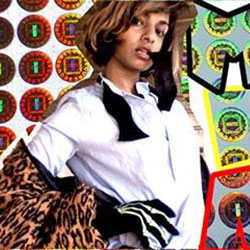 As usual, the gates of Eastnor Castle Deer Park are open 24 hours before the ‘proper’ entertainment starts for those who want to settle in to the Big Chill spirit nice and early. But with Festival Republic having taken over this year, would the same spirit and atmosphere remain intact?

After a nightmarish, two-hour, luggage-laden trek from the Yellow bus drop-off gate to the Purple ticket pick-up gate (good thinking that one), a quick tour of the site reveals that everything is largely unchanged from recent years. Aside from the fact that the second stage seems to have disappeared without trace. A tiny boat-shaped stage run by Clash magazine is marooned in the same field by way of replacement.

Minor gripes aside, however, when the Big Chill 2010 fully comes to life on Friday afternoon the same warm and friendly atmosphere still appears to be in place. Though it seems Mike Patton may be struggling to come to terms with the crowd’s laid-back attitude. “I know this is the Big Chill but if it gets any more chilled it’s going to be like a fucking mortuary,” he says in between performing songs from his Mondo Cane album with the help of the Heritage Orchestra.

It’s not like he’s playing accessible pop though as he screams down the mic before launching into another easy listening Italian lounger. His passion does perhaps deserve some kind of return though. The former Faith No More man’s powerful vocals are spiced up by his maverick tendencies, whether it’s cranking up an air raid siren, beat boxing or flitting from acoustic ballads to thrashing, shouty metal. He growls one moment, sings contemplatively the next then launches into Bowie-esque territory the next. Ending with a mellow harpsichord-led song, Patton charismatically provides a satisfying, fiercely passionate set.

For the past few years, Big Chill stalwart Mr Scruff has not just played tunes but had his own tea shop at the festival and a quick pitstop to refuel reveals the finest English breakfast brew and tasty scones. Our next stop is the Igloo, a 3D disco where everyone heading in gets handed some 3D glasses to enjoy the wrap-around visuals. As with most 3D cinema, the results are hardly jaw-dropping but it proves entertaining for a short while at least.

Back over at the main stage, Thom Yorke is playing a rare solo set. Having caused such a stir with his unannounced Glastonbury set earlier this year, the Radiohead frontman’s set commands a large crowd. Playing stripped-back acoustic blues he then loops and layers his vocals and adds electronica style beats, striking a fine balance between man and machine. He scatters many Radiohead songs throughout his set, including a genuinely beautiful rendition of Reckoner and a typically melancholic new track that features simple, layered vocals over a slow backbeat.

He wails, the lyrics are often indefinable but Yorke’s emotion and complete immersion in the music is captivating. He slaps a rhythm on his guitar, loops it and then launches into another simple bluesy version of Black Swan then takes to the piano for a plaintive rendition of oldie Planet Telex.

Completely alone on stage and lost in the music, Yorke’s set is low on exhilaration but high on emotion. As well-received as his set is, after playing Everything In Its Right Place he says, “Massive Attack are on after me. They’ve got considerably more ammunition than me,” before ending on another pared-down classic, Airbag.

Whether it counts as more ammunition or not, Massive Attack do have an ominous stage presence, opening with huge beats and grinding synths. Martina Topley Bird then provides vocals for Babel, another track from latest album Heligoland. Initially it plods slightly but then a breakbeat picks things up nicely as politically charged messages and statistics flash up on the screen behind.

Still clearly a band that want to be taken seriously, 3D, Daddy G and co. have nevertheless managed to shake off at least some of the darkness that threatened to weigh down and sink them a few years ago. Their direction now involves heavy drum beats but with more melody and optimism cast over the top. Getting their message across is still clearly fundamental to the band though as anti-war protest imagery, a reminder that tomorrow is the 65th anniversary of Hiroshima, multinational company logos and streams of words such as slow death, glass bottle, fear, razor and pitch black flash up on the screens behind them.

Their politics may be perspective-giving but at times the music seems secondary as their statements divert attention. Thankfully classic tracks such as Teardrop, Angel and Safe From Harm keep the set afloat and the encore features the amazing, goosebump-giving Unfinished Sympathy and extended stomp of Karmacoma which earn the band an extended ovation from the huge crowd.

With a later finishing time for some stages this year, Magnetic Man, AKA Skream, Benga and Artwork, play a peak time, crowd-pleasing set of dubstep bassbin busters over at the Revellers Stage. Commercial at times and fiercely dark at others, the selection lays bare the lack of strength in depth of dubstep as a genre. The trio end on some helium-vocalled, singalong breakbeat then hand over to Layo & Bushwacka! whose set, once free of annoying sound issues, takes in driving house, hook-driven piano tracks and techno-laced piledrivers.

With day one over and done with, seasoned Big Chillers may have noticed some changes but we could head back to our tents safe in the knowledge that the atmosphere, buzz and excitement of the festival was still alive and well.