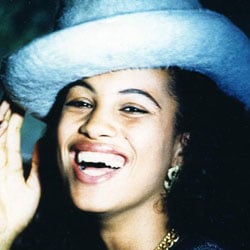 As is now customary, the gates of Eastnor Castle Deer Park have been thrown open a day early for the Big Chill 2011. Now in its 16th year, and its second under the stewardship of Festival Republic, theres little that hasnt changed since the festivals early days but, somewhat fortuitously, the first music we hear this year is a set from the man who embodies the original spirit of the Big Chill, Mixmaster Morris. Morris has been playing since the days when the Big Chill was a crustie-strewn Sunday ambient club and tonight plays a typically ber-eclectic set.

It would be rude to miss out on the only full live set that’s been put on to treat early comers though, so we leave the sofa-lined tent to catch dubstep soulster James Blake over on the main stage. Each track is drenched in reverb, subtly mixing elements of darkness and light with ghostly voices giving way to innocent piano interludes. Almost ambient at times, shards of Blake’s voice cut through the aural haze to mesmerising effect. Unsurprisingly, crossover anthem Limit To Your Love garners the biggest reaction. The bass pounds organs and drowns senses as Blake and his band create an extended dub version of the track. Not bad for a man who says his last appearance at the Big Chill was as a barman last year.

On day one proper of the Big Chill the sun beats down, which is just perfect for the music of Romanian band Mahala Rai Banda. They may be first up but ringleader Aurel Ionita and his band’s natural charisma, fantastic musicianship and wealth of jaunty, gypsy songs, including Red Bull, Sexy Bull, still attract a healthy crowd. Some dance while others sit or even lie down to soak up the music.

A stark contrast is offered by female quartet Electrelane. Marking their return after a four-year hiatus with their retro-sounding, up-tempo yet melancholic tracks like To The East, the Brighton-based band display little life or camaraderie, behaving more like four individuals than a cohesive band. It seems odd as the set is awash with freestyle sax solos, Numan-esque keyboards and guitar scratching that brings about a fog of psychedelia and even features a rousing cover of Bronski Beat‘s Smalltown Boy. Maybe its down to shyness or perhaps the look of complete boredom, which is only broken briefly during one song when all three guitarists encircle the drummer, is part of their image. Either way it’s a shame as their music is far more exciting than their demeanour.

Much more energy is generated by quirky quintet, Here We Go Magic, who complement their good hooks with an electric interplay between songwriter Luke Temple and his band. The New Yorkers have more than enough about them to rise above the general indie fare and the performances of crowd favourites like Tunnelvision and the Simon and Garfunkel-echoing gentle harmonies and melodies of Fangela are truly stunning.

A completely different stage presence is commanded by Zola Jesus who arrives theatrically on stage, sheeted in white before head-banging her way into her opening song. Zola, AKA Nika Danilova, deals mostly in anthemic synth-led pop with a forebodingly moody edge, which she overlays with powerfully delivered vocals that have just a hint of Kate Bush to them. Songs like Stridulum and the lead-heavy bass balladry of Night are undeniably strong and Danilova undoubtedly has a great voice, but overall its not a massively varied set.

Over on the Revellers stage, dub featuring woozy trombone solos serve as a prelude to Jamaican reggae legend Horace Andys stage entrance. As soon as he starts singing, the tingle of hearing the voice that has given so much to Massive Attack down the years goes down spines throughout the crowd. The initial difference is the lightness of the songs compared to Massive’s darkly brooding sound but he soon launches into his collaborations with the Bristol band such as Spying Glass and Man Next Door. Playful, soulful and always just a step away from a rewind, Horace Andy may be 60 but his engaging showmanship has not faded in the slightest and the crowd are captivated throughout.

Over on the main stage, Neneh Cherry is proving that none of the outspoken attitude she demonstrated in the late ’80s and early ’90s has faded either. Manchild, Ive Got You Under My Skin, Buffalo Stance, Woman and Kootchi, which is leant a drum and bass edge, all provide a nice trip down memory lane and theres even room for a new song in the form of Naked. Its a charismatic performance during which she is told to hurry up by the stage management so tells the audience shes going to take even longer. 7 Seconds then brings a close to a fantastic greatest hits selection.

Over on the Peoples Ear stage rising star and Mercury nominee Ghostpoet is providing conscious rap with a genuine soul. Personable and ego-free, Obaro Ejimiwe gets the crowd moving with new single Liiines and the sparse Us Against Whatever before the brilliant Cash And Carry Me Home, with its stripped back dance bloops that canter into a full on hooky electro anthem, provides the finale. Its a strong performance that hints that Ghostpoet could well lift the prize come September.

From Do It Again and Get Yourself High to Chemical Beats and Hey Boy Hey Girl, the visuals, lights and music all synchronise perfectly with lasers shooting out from beneath the duos huge racks of hardware and over the pogoing crowds heads. The exhilarating onslaught continues as Swoon gets twisted into an acid monster, Out Of Control sees armies of beetles crawling all over the huge screens and Saturate gets mashed together with Believe as the grinning masses jump in time. New track Super Flash then sees lights spearing through the LED screen to stunning effect before Block Rockin Beats brings a breathless and unfailingly entertaining set to a close. Overall, a great start to the Big Chill 2011.