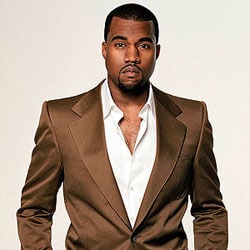 The morning of day two of the Big Chill sees Eastnor Castle Deer Park cloaked in cloud with sporadic downpours making unwelcome appearances. In the dry marquee that contains the Revellers stage, Dionne Bromfield is just finishing her set with an emotional rendition of godmother Amy Winehouses Love Is A Losing Game. Were not close enough to see the 15-year-olds well-publicised tears but its clear that this is a far from easy performance. While her amazing voice may be seen as filling the hole left by her troubled mentor, let’s just hope her obvious talent is allowed to shine for longer.

Back on the main stage meanwhile, Crystal Fighters are just bringing their set to a close with the fantastic, high-energy indie dance of Xtatic Truth. They give way to The Bullitts, a Twitter-driven work of fiction and music project from Jeymes Samuel who forms the frontman for the live set. Beginning with a film to give the storys context, Lucy Liu then enters the stage and performs a monologue before Jay-Z protg Jay Electronica comes on to perform the first song.

With the story fundamentally important to the whole stage performance, the fact that the vocals and Lius spoken contributions are inaudible due to being buried in bass spoils the experience and leaves the audience baffled. The musical element is still highly enjoyable however. The next star turn comes from Idris Elba of The Wire fame who joins in with crowd stoking duties for Supercool.

Its an impressive line-up but its not until Luis vocals finally get turned up to talk over a dub-edged ballad that the crowd can follow the thread of the story that each song hangs off, but were already lost by then. Liu sings about pleading guilty to murder as Samuel dives into the stage pit to continue stoking up the crowd to end. While it may be a great idea, to truly work the execution of the Bullitts show must be honed if its potential is truly going to be realised.

The theatre continues with Janelle Mone‘s set. Hooded figures come to the stage then a rapid-fire rap comes out of nowhere. One of the figures then spins around and it’s Mone, dressed in her trademark tux. Everyone else on stage is also dressed in black and white and gets involved in choreographed dancing for each song, which include brassy up-tempo numbers, sunshine strings and Motown stylings. A visionary who attracted the attention of Outkast‘s Big Boi, Mone covers Nat King Coles Smile to brilliant effect and stays faithful to the original for her rendition of the Jacksons I Want You Back. A true eccentric, she paints a picture throughout one song and, for the final song, Mone gets the band and orchestra and then the whole crowd to sit down by just waving her hand. Her magic powers seemingly extend further than even that as the heavens then open and drench the crowd. “I did that,” she laughs.

In the dry environs of the Revellers marquee, Katy B has managed to draw a huge crowd and is getting a great reaction too, especially for best-known hits Perfect Stranger and Katy On A Mission. While she may have made her name off the back of dubstep crew Magnetic Man, the audience of little kids on their parents shoulders shows just how much shes been moulded as purely a pop artist. Lights On forms her finale and, while undeniably commercial, is surely one of the precious few good tracks to come out of the current dance-pop trend and gets the sardined crowd jumping.

Back on the main stage, another pop princess appears in the form of Jessie J, who sits on a giant shiny throne due to having a broken leg. While her overall sound may be fairly cheesy, she has a much more well-rounded and festival friendly sound than Katy B, reaching beyond just pop. She runs through her hits including Nobodys Perfect, the inspirational Who You Are and attitude-fuelled Do It Like A Dude and still manages to engage with and entertain the audience in spite of being on her regal golden seat throughout. She dedicates heartfelt anti-bullying track Who’s Laughing Now to all those people who said I wouldn’t make it” before shaking her crutches at the crowd and leaving the stage.

Tonights headliner offers a stark contrast to Jessie Js down to earth performance. Kanye West appears on stage half an hour late, his entrance heralded by a musical intro and fireworks that seemingly signal the apocalypse is nigh. The huge crowd are patient though and are rewarded as Kanye packs the stage out with dancers and runs through his impressive selection of hits.

His over-reliance on autotune begins to grate after a while but worse is to come when MTVs Man Of The Year strips one track back to piano and indulges in a rambling eight-minute rant. He begins by talking about straining his voice by being a perfectionist (perhaps an excuse for the autotune overload?), continues on about stopping people feeding you bullshit, says his career is “not about money, this is about inspiration, about dreams,” talks about how he doesn’t hate women and feels like people sometimes look at him like hes Hitler.

The dull, ego-preening monologue splits the crowd with some people booing but many others cheering before West finally remembers why hes on stage and plays the electro-based All Of The Lights, the creative, P.Y.T.-sampling Good Life and Love Lockdown, which sees him standing on a raised platform as a choreographed dance routine goes on below.

Other big hits follow (Gold Digger, Stronger) along with huge puffs of smoke to boot before Vangelis Chariots Of Fire gets aired in full with a gaggle of dancers creating a wave with a huge white sheet. The pretention level soars yet higher when the wave goes back to reveal King Kanye on his platform surrounded by ballet dancers in black tutus. Large chunks of the audience seem to love the spectacle though.

As West goes into his 40th additional minute with another whining autotuned meow-fest that echoes Rebecca Black‘s Friday, people start shouting “2ManyDJs!” (who are due on stage next and must be cursing West by now) and the rather more blunt “Fuck off!”. Wests voice is hoarse as yet more fireworks continue the drawn-out saga. An Amy Winehouse medley is then aired as West just stands there. While its meant as a sign of respect, Wests self-indulgent display shows absolutely none to the next artist and he finally gets cut off, having run an hour over his scheduled time. Had that hour been filled with genius people may have been more forgiving but this?

All is quickly forgotten as 2ManyDJs whip up a mix of manic, cut-up rave tunes and dance music before taking in Metronomy, Afrojack and MGMT. The covers of each single come up onscreen to be humourously animated as the grey-suited brothers mix Jack Beats into Guns N’ Roses into Mr Oizo, followed by Queen, Van Halen and Motrhead. All it takes is an acid mix of Show Me Love by Robin S mashed into the Clashs Rock The Casbah and Nirvana to end and its like the lowlight that preceded the set never happened.