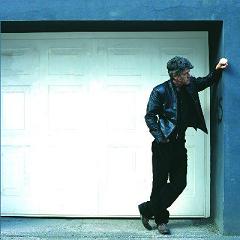 “We’ll do one more ballad, and then we’ll do some disco numbers!”

Forgetting his lines for a moment, the Blue Nile’s Paul Buchanan wasn’t fooling anybody.

Having created an atmosphere of emotive calm with the band’s subtly uplifting soundscapes, he wasn’t about to let the evening’s exquisite tension evaporate in a hurry.

A Blue Nile gig is a collector’s item indeed, and they might as well have been selling hens’ teeth at the souvenir stall rather than the 20 almost plain T-shirts they had on offer. Yet therein lies part of the band’s appeal. Like their naturally evolving style of music, they refuse to hurry, to give into the demands for speed in everyday life, nor to accept anything less than first rate.

This was the fourth date of five in July, something of a world tour for them – before they doubtless disappear again. And whoever was responsible for the programming saw their investment returned with interest, as the conditions – a clear evening with a hint of chill, seagulls circling overhead with the singer seemingly in their sights, and a stately courtyard awash with a light blue haze.

Buchanan was nervous, but proved a natural orator once he’d got going, enlisting the front of the audience as his occasional backing vocalists for Happiness. The gig bore the pattern of a Blue Nile song, taking a while to fully flourish, but once it did the slow burning songs were hugely affecting.

Rarely have I seen a crowd so static throughout a gig, but never has that been more appropriate, as ears strained to hear the subtle synthesized touches that are the crowning glory of their sound. Frequently the band threaten to cross into the middle of the road, but these touches, the occasional burst of self-conscious funk from bassist Robert Moon, and Buchanan’s sharply emotive vocals ensure the exquisite tension was held.

The nocturnal flourishes of Downtown Lights, the rather bass-heavy opening of A Walk Across The Rooftops and the heart-on-sleeve spirituality of Happiness – all sparkled in the gathering gloom, as did the excerpts from the band’s ‘new’ album of 2005, High, fitting in seamlessly.

As an encore Buchanan’s understated vocal for Strangers In The Night secured a most affecting cover version, while the decision to return to Tinseltown In The Rain reaped dividends with the lustiest crowd singing of the night. For a moment the decision to play the song twice in half an hour seemed indulgent – but when the realisation dawned it might be another four years before hearing it again, the band were easily forgiven at the end of a memorable night.