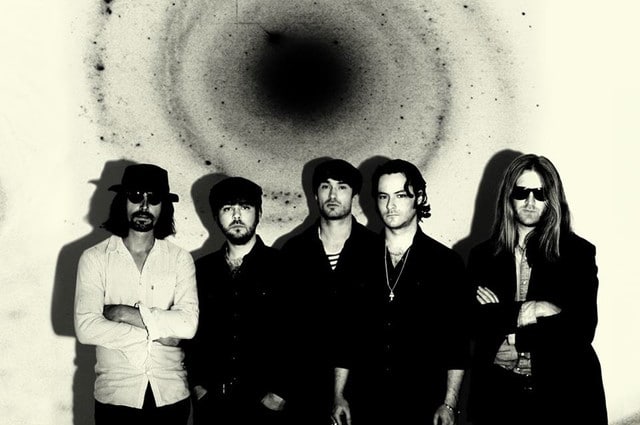 Liverpool and Germany are building ever closer links these days, especially in the worlds of sport and music. Hot on the heels of Jürgen Klopp taking over as Liverpool manager, The Coral have released a new album, their first in six years – and in it they express a love of all things Krautrock.

Lead singer James Skelly is a big Reds fan, and for this gig he could show them a thing or two about keeping a tight formation at the back. His band line up as a solid five across the front of the stage, parading their new guitarist Paul Molloy, a recent free transfer signing from near neighbours The Zutons.

This is not a swoop to provoke anger in the way it might if Leighton Baines, say, joined Liverpool from Everton, but it is an intriguing move nonetheless. Molloy slots in well, a probing midfield presence with a licence to roam. Sometimes he breaks free to help out the strikers, supplying piercing guitar lines that would be too much were they not extremely well judged.

The first leg of the gig (these football references write themselves…) is devoted to much of the new album Distance Inbetween, which makes a strong impression. The Coral’s rhythmic undercarriage is stripped bare, the mechanical workings revealed as lean bass lines from Paul Duffy and big, rolling drums from Ian Skelly. They take the bulk of the load to accompany James Skelly’s musing.

Miss Fortune, Chasing The Tale Of The Dream and the macabre It’s You are all excellent and powerfully driven, complemented by a set of imaginative big screen backdrops on which all manner of interplanetary fun takes place. Interaction with the audience is kept to a minimum, but then The Coral have always been ones to let their music do the talking.

The Krautrock references are all too fashionable of course, and do at times bring to mind Paul Weller’s flirtation with the form in Sonik Kicks, but they are never less than genuine, and Skelly’s voice is distinctive enough to keep the songs individual and meaningful. Molloy’s role diminishes once the old songs kick in, and when the radio hits come out to play the gig moves up another level.

Having been around for 12 years, The Coral have built up an impressive squad of hits that any UK-based pop station will get to one of in the course of a day. Here they sound as good as ever, backed by projections of the old videos revealing how the band is a leaner and more mature proposition these days. With that has gone a little of their youthful charm, but Pass It On and In The Morning in particular still buzz with dreamy good feelings.

More penetrating is the darker side, hinted at by Don’t Think You’re The First and also indulged by She’s Got A Reason. Skelly’s voice adapts nicely from the warm side to the cold, Molloy’s guitar buzzes, while the rhythms rise and fall just like they should.

Normal service, then, has been restored – and with their leading players back fit and well, The Coral are back to potentially trophy-winning form. Maybe the same will soon be said for Jürgen Klopp’s Liverpool.