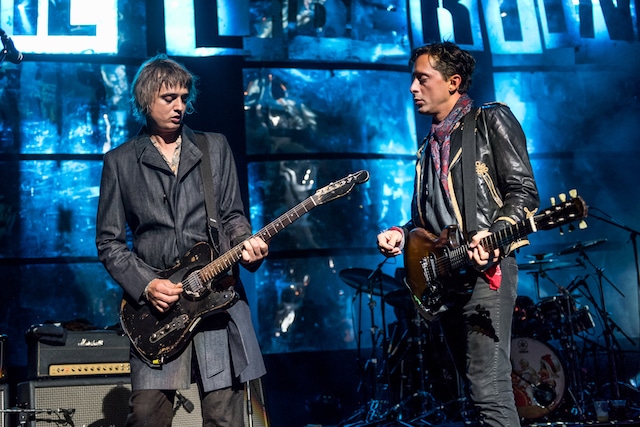 What became of the likely lads? Well, they grew up – sort of – and ended up playing a gig, at the Robert Smith-curated Meltdown festival at the Royal Festival Hall, which was entertaining without becoming messy. The Libertines have had more than their share of ups and downs in the past, but now they seem back on track, if not quite on the straight and narrow.

It’s been a classic sex, drugs and rock’n’roll story. After spending their early years living up to the decadent name of their band, and gaining a fanatical cult following for their distinctively British garage rock in the early noughties, Pete Doherty’s addiction to crack cocaine and heroin led to a very public bust-up with Carl Barât. But after Doherty’s rehab the band reformed and – with the odd exception – have got on with the job professionally since.

Lurid headlines – about Doherty not turning up to gigs or turning up off his head, fights between him and Barât, not to mention his on/off relationship with Kate Moss – have often overshadowed The Libertines’ music, but when they’re on song they’re a great band to watch. And so it proved at Meltdown.

After coming on stage only fashionably late, the band played a 90-minute, career-spanning set that retained their famed “ramshackle charm” without being at all shambolic. The Libertines will never be a slick band – and who would want them to be? – and there were a few false starts, but this was a performance full of warm spontaneity that engaged the audience, who at the start stand up from their seats and later move into the aisles. Now 40ish, it seems Doherty and Barât have mellowed without becoming boring. 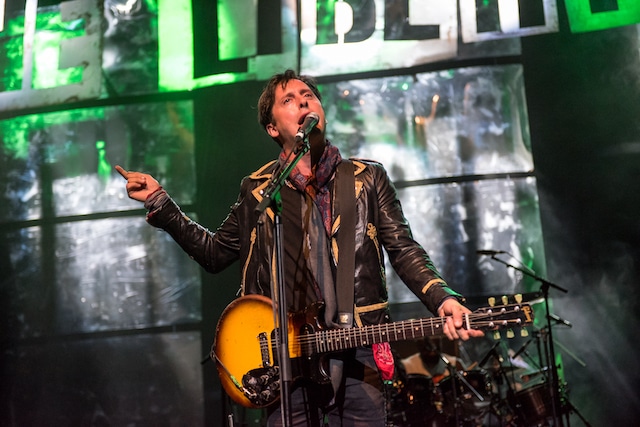 And though rock-steady bassist John Hassall and power drummer Gary Powell play their part, The Libertines have always been essentially a Doherty and Barât project. As well as the duo’s songwriting partnership, they share the limelight equally on stage – one of the very few bands with co-frontmen. A lot of the enjoyment of the show comes from the way Doherty and Barât alternate lead vocals between and within songs, and harmonise the other’s when on backing vocals (sometimes sharing a microphone), as well as how they dovetail their guitar lines. The close bond between them is evident: bromance is back!

Most of the songs the band play are from debut album Up The Bracket, as well as the self-titled follow-up, but there are a few from their surprisingly good comeback Anthems For Doomed Youth in 2015. Early favourites like the rough-edged Boys In The Band and catchy Can’t Stand Me Now get a good reception, as does the more romantic What Katie Did and the gently melancholic When the Lights Go Out. Newer songs include the Kinks-style romp Fame And Fortune and the reggae-grooved Gunga Din. There’s also a cover of The Cure’s Boys Don’t Cry, which suits the band’s style well – and no doubt pleased Mr Smith.

The Libertines return for four encores, plus a drum solo from Powell – apparently playing with a broken wrist, no less. On a stage bestrewn with flower petals from a female fan, they finish with their classic anthem Don’t Look Back Into The Sun. Interestingly the band don’t play perhaps their best-known song, What Became Of The Likely Lads, perhaps because it describes the previous breakdown of the relationship between Doherty and Barât, and these days everything is much more harmonious – at least for now.

The Libertines MP3s or CDs

The Libertines on Spotify